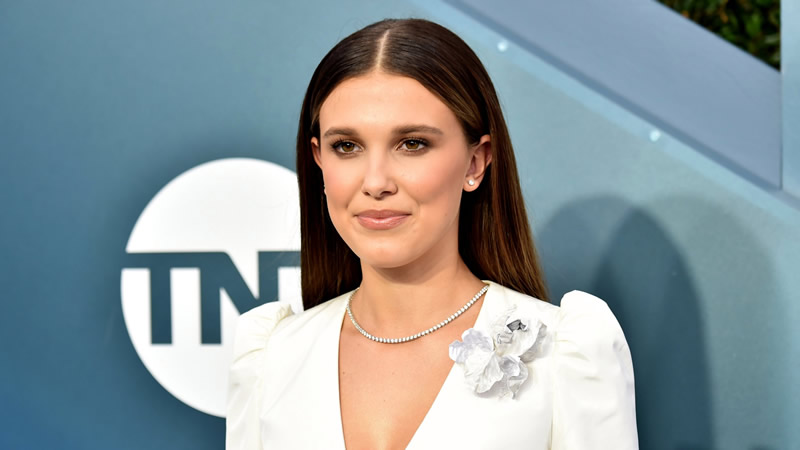 Millie Bobby Brown rose to fame with her character of ‘Eleven’ in Netflix’s Stranger Things. And ever since then, there has been no looking back for the actress. Brown was recently shooting for Stranger Things 4 and today, we will be decoding her salary for the previous season. Scroll down to read more about it.

The release date of season 4 hasn’t been announced yet by the makers because of the ongoing global pandemic.

Read Also: Millie Bobby Brown Shut Down This 20-Year-Old Claiming He ‘Groomed’ Her

Millie Bobby Brown was just 12-year-old when she became a part of Stranger Things. Now, she’s 17 and is more successful than any teen actor in the business. According to Variety, Brown was paid a whopping amount of $350,000 per episode for Stranger Things 3.

In fact Millie Bobby Brown’s salary was at the same level as Winona Ryder and David Harbour who happen to be senior actors among the casts of the show.

A while ago, the makers of Stranger Things released a new teaser of season 4 and it was really intriguing. According to the teaser, Dr Martin Brenner is back.

In season one of Stranger Things, we all thought that Dr Martin Brenner died after a Demogorgon attacked him. But watching the latest teaser, one could guess that maybe he was alive and not dead after all. The teaser stars Millie Bobby Brown’s ‘Eleven’ and her past story.

Although Netflix has still not revealed the release date for Stranger Things 4 but going by the comments section on YouTube, fans have been guessing February 4, 2022.

On the work front, Millie Bobby Brown was recently seen in Godzilla Vs Kong which was released earlier in March this year.

Millie will be next seen in Enola Holmes 2 and Stranger Things 4. What are your thoughts on her salary for the third season of the ST franchise? Tell us in the comments below. – koimoi