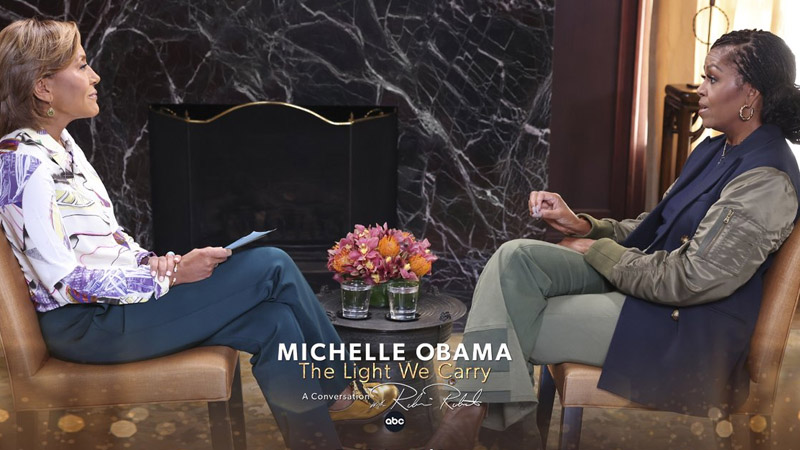 Obama told “Good Morning America” co-anchor Robin Roberts that she wrote the book because she was “trying to figure out” what was going on around her – in her head, at home, and in her country.

During the time that the book was being written, the world was grappling with the coronavirus pandemic, and the United States was dealing with political turmoil and division.

“I was sitting at home, just sort of sorting through where we were, trying to make sense of what was happening to our country, to our world,” Obama told Roberts. “Like a lot of people, I was trying to figure out, how did we get in this mess and how do we get out of it?”

She continued, “People were trying to figure out how to make sense out of this stuff, and for whatever reason, looking to me for an answer.” Obama stated that the pandemic’s isolation and her concerns about the country drove her “inward,” causing doubts to resurface in her mind.

“It was that loss of hope,” she said. “Thinking about, did all of this matter? All the sacrifices that my family, my husband, and I, all had done, especially after the election of his predecessor, did it matter? And does anything matter?”

Obama continued, “And I think that if you don’t have the tools to get out of it, you can just spiral and spiral down, further down.” In “The Light We Carry,” the former first lady discusses how she overcame adversity in recent years and throughout her life.

“Partnering well” is one of the life tips she mentions in her book. She focuses on her three-decade relationship with her husband and former President Barack Obama, whom she met while working at a Chicago law firm.

Obama told Roberts that she and her husband celebrated their 30th anniversary by recreating their honeymoon last month. “We laughed about how broke we were when we did it the first time,” she said. “But we rode along [the] Highway 1 coast. We stopped in Big Sur and Carmel. That part of the country is one of the most beautiful coasts in the world.”