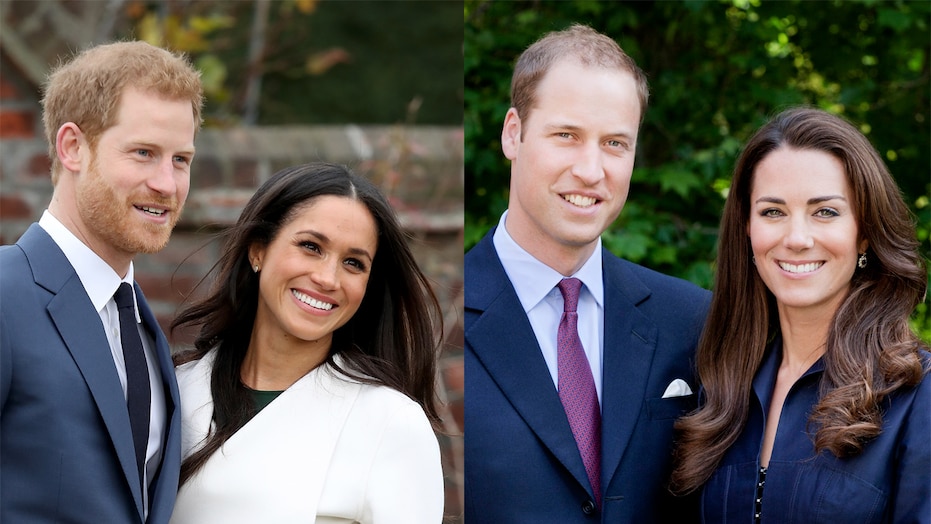 Meghan Markle slammed the door in Kate Middleton’s face when she tried to apologise with flowers following a row, royal sources have claimed.

The Duchess of Sussex said in her bombshell interview with Oprah Winfrey that she was left in tears after a bridesmaid’s fitting in the run-up to her wedding in 2018.

This claim turned the existing narrative on its head, with it previously alleged that the former actress had made the Duchess of Cambridge, 39, cry.

Meghan insisted it was she who was left upset following the incident and added that the false reports at the time were a turning point for her.

But insiders have now told The Times that the tears were not the end of the row – as Kate’s peace offering at Nottingham College was rejected the following day.

According to the newspaper, Meghan, 39, slammed the door in her sister-in-law’s face when she tried to give her a bunch of flowers at the London property.

Buckingham Palace released a short statement this evening commenting on the interview as a whole – although Kate and husband Prince William, 38, are yet to air their thoughts.

Meghan claimed in her interview with Winfrey, 67, that said Kate was “upset about some things and she owned it and apologised” and sent flowers in 2018.

But, when reports came out claiming she was at fault, she said “everyone in the institution knew that wasn’t true” but nobody corrected it – a turning point for her.

She said that that she had hoped Kate “would have wanted that to be corrected”, before adding “she is a good person” and that she had “forgiven her”.

She added: “I’m not sharing that piece about Kate in any way to be disparaging to her. I think it’s really important for people to understand the truth.”

The rift between the duchesses is one of many explosive revelations to come out of the interview, which was aired in the US in the early hours of Monday, UK time.

Buckingham Palace published a much-anticipated statement earlier this evening, noting some of the issues to arise and adding that Harry, Meghan and Archie will always be “much-loved”.

It said: “The whole family is saddened to learn the full extent of how challenging the last few years have been for Harry and Meghan.

“The issues raised, particularly that of race, are concerning. Whilst some recollections may vary, they are taken very seriously and will be addressed by the family privately.

“Harry, Meghan and Archie will always be much-loved family members.”

Woman, 21, who spends thousands in minutes would ‘cry if she had less than $1m in bank’