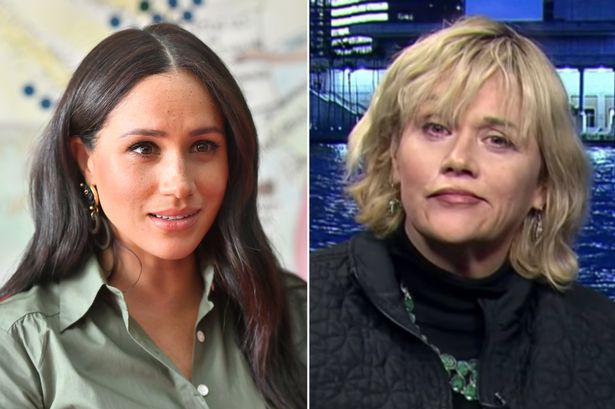 Meghan Markle’s half sister, Samantha Markle, has hit back at “nasty troll remarks” which have appeared on Barnes & Noble’s website for her new book.

The book, set to be released on February 1, will tell ‘the good, the bad and the ugly’, according to Samantha.

The Duchess of Suessex’s half-sister branded the one-star reviews of her memoir, called The Diary of Princess Pushy’s Sister Part 1, as trolls.

She added the publisher is removing them from the website, writes the Express.

Meghan’s estranged half-sister told Newsweek: “Barnes & Noble will be scrubbing nasty troll remarks a couple of times a day because they know that they are not credible and the book is not out yet.

“The book is insightful and relatable and with so much going on in the world today I think there is something in the book for everyone who seeks truth and a sense of humanity.

“Everything the public thought was going on behind the scenes, was a social construct taken from fragments of gossip.”

One of the negative reviews on the publisher’s website says: “I’m sure it’s full of distorted fantasies by the author.”

But Samantha, who has been a vocal critic of sister Meghan and was not invited to her and Prince Harry’s royal wedding, insisted her work had not been written to attack the 39-year-old.

She told Us Weekly: “Contrary to troll gossip and aggregate news rumours, my book has never been designed to attack my sister.

“It’s relatable. There’s a lot to learn – the good, the bad and the ugly.

“I’ve been very forthcoming that I was never writing a hardbound tabloid.

“I said that two years ago, but nobody wanted to believe it.”

Samantha has previously called Meghan a “shallow social climber” with a “soft spot for gingers”.

She claimed the Royal Family will ‘like’ her new book set to be released next month.

She previously told The Sun: “This has never been a slamming tell-all story.

“Whatever the reader is looking for there is something for everyone and I hope the world will love it.

“I think the Royal Family will like it and will enjoy it and nothing they should be uncomfortable with. I hope they find it warm, funny, honest and heartfelt.

“I wrote it respectfully knowing they would see it and not concerned there is anything they will be unhappy about.

“I don’t know how to get hold of Meghan and I never got a copy of Finding Freedom from her in the mail.

“People with nothing to hide have nothing to fear. The truth is the truth. One’s comfort level is wherever the truth is a priority or not for the individual. Meghan will be in there.”

Ben Affleck On People Being Mean To His Ex-Gf Jennifer Lopez: “Ugly, Vicious s*** Was Written About Her…”