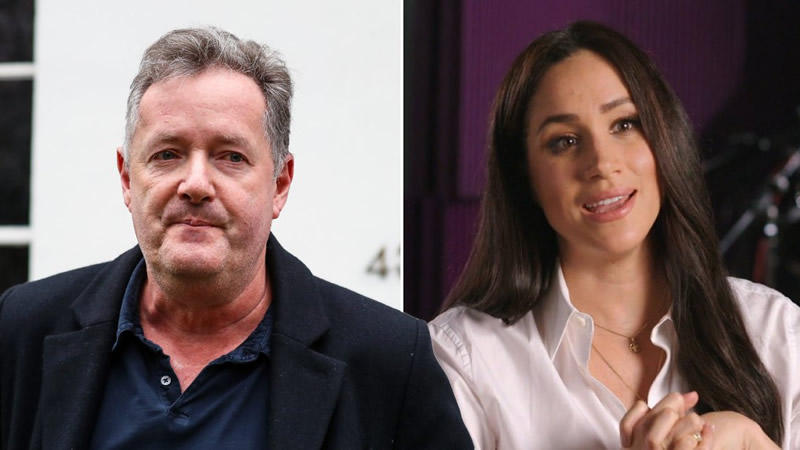 TV personality and broadcaster Piers Morgan is sitting down with Fox host Tucker Carlson for his first major interview since quitting Good Morning Britain (GMB) because of Meghan Markle and he is expected to “go nuclear” on his former show, the network ITV, and the Duchess of Sussex.

Sources said that Morgan will not be holding back on his comments as he’s angry with how GMB handled his departure. Apparently, the broadcaster is still standing by what he said against Meghan Markle after her Oprah Winfrey interview with Prince Harry.

Morgan decided to leave his job at GMB after the show received a record number of complaints from the United Kingdom media regulator, Ofcom, because of his comments against the Duchess of Sussex. He said on Instagram that he will not apologize to Meghan because he still doesn’t believe what she told Winfrey in the interview.

ITV boss Kevin Lygo said that while Morgan is “irreplaceable,” they still have a roster of presenters at GMB who could step up to the plate. According to reports, Morgan has filmed his hour-long interview with Carlson for the April 5 episode of Tucker Carlson Today and Tucker Carlson Tonight.

Meanwhile, Morgan has been a critic of Meghan since she became Harry’s girlfriend in 2016. However, he wasn’t always negative towards her because they were friends back in 2015 and had been in the same entertainment events together.

According to The Wrap, Morgan’s relationship with Meghan turned bad when the latter decided not to engage some members of the media when she started dating a prince. Morgan claimed Meghan ghosted him as much as she ghosted some of her friends and members of the family when her romance started to gain worldwide following.

Morgan said he realized early on that Meghan was “ready to cut people” out of her life and admitted that he was especially hurt by her ghosting. From then on, the broadcaster’s comments about the Duchess of Sussex were mostly negative as he called her a social climber, a money-grabber and a backstabber.

Weeks prior to the royal wedding, Morgan continued to unleash vitriol against Meghan Markle and even compared her to the Kardashians. The broadcaster also criticized the duchess for her treatment of her own father, while claiming to be a humanitarian. Since then, Meghan’s name has been a regular target for Morgan in his columns with the Daily Mail and on his TV show.

Hunter Biden opens up about relationship with brother’s widow Hallie