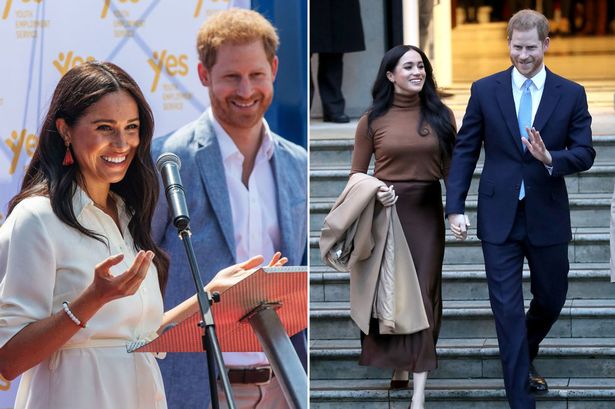 Meghan Markle and Prince Harry have been told people may not know their names in as little as a decade and face not being the “couple of the moment”.

The Duke and Duchess of Sussex could be forgotten in as little as 10 years after stepping down from royal duties, royal commentators warned ahead of the couple’s Sandringham Megxit review.

Prince Harry and his wife face a difficult conversation with their Royal family members over their status within the Firm.

It has been reported the couple seek to remain in the Royal fold partially, with US Weekly’s American hosts, Molly Mulshine and Christina Garibaldi, claiming the review could centre around the Duke of Sussex wanting to keep his military titles.

Ms Garibaldi told viewers his credentials are something “that they want to work out” but added the pair “can’t have it all.”

In response, Ms Mulshine added the pair should consider that they may one day “no longer be the IT couple of the moment” and could want “a quieter life back within the Royal fold”.

She said: “I think there will come a day when Meghan and Harry are no longer the It couple of the moment.

“Maybe they will want a little bit of a quieter life back within the royal fold.

“You just never know, so I think that might be why they want to keep that door open.”

Co-host Garibaldi agreed, and joked the world may not “even know their names anymore” in “another ten years.”

She said: “Give it another ten years, and when Prince George starts dating.

“We won’t even know their names anymore.”

The Duke and Duchess of Sussex’ Sandringham agreement will be reviewed this spring, 12 months since their bombshell departure.

Prince Harry and Meghan announced their decision to step back as senior members of the Royal Family in January 2020 and said they would seek to become financially independent.

Since then, the couple have landed themselves multi-million dollar deals with Netflix and Spotify, sparking calls for them to lose their Royal titles.