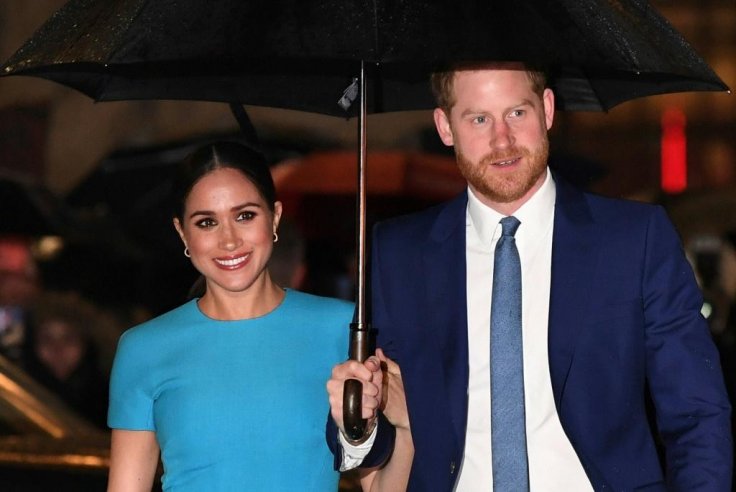 A women’s shelter in Texas hit by a deadly storm has thanked Prince Harry and Meghan Markle for donating to its repairs.

The couple’s charity donated money after the shelter was damaged in the snowstorms that wrought havoc across the United States.

The shelter wrote: “Today, the news of our damages reached Prince Harry and Meghan, The Duke and Duchess of Sussex!

“Through their nonprofit, they are supporting us by replacing the roof at our transitional housing facility & helping us meet our immediate needs. THANK YOU, ARCHEWELL FOUNDATION!”

The donation will help the shelter repair a damaged roof at Annie’s House, a transitional housing facility for women and children fleeing abuse.

“Today, we were notified that through the actions of The Duke and Duchess of Sussex’s nonprofit, Archewell Foundation, Prince Harry and Meghan will make a donation to help us get back on our feet,” Jan Langbein, CEO of Genesis Women’s Shelter & Support said in a statement.

“Not only will this gift provide for our critical needs, it shines an international spotlight on violence against women and children, letting survivors know that they are not alone.”

The storms caused a deadly freeze that killed at least 58 people in states stretching from Texas to Ohio, and prompted rolling blackouts as energy sources struggled to cope with demand.

Some people forced to shelter in their cars for warmth froze to death as power cuts cut off heating as temperatures plummeted.

Others died from suspected carbon monoxide poisoning after trying to use their cars for warth and bringing outdoor heaters and grills into their homes.

The extreme weather forced Genesis, which serves 3,700 women and children each year, to completely shut its doors for the first time in nearly four decades, according to People.

Donations from across the US and five foreign countries including from the Duke and Duchess of Sussex’s non-profit had allowed the facility to reopen, its chief said.

The couple said they wanted to carry out a life of ‘service’ as they announced their split from royal life late last year.

At the same time they launched the Archewell Foundation, named after their firstborn Archie.

The couple is now expecting another child, after they last year suffered the heartbreak of miscarriage.

This week the Queen stripped them of all o their of their patronages, including Harry’s treasured military responsibilities.

The move came a year after senior royals including the monarch and Prince Charles held crisis talks with Harry to manage the couple’s exit from royal life.

The couple are shortly due to give an ‘intimate’ interview with talk-show queen Oprah Winfrey.

Buckingham Palace finds itself in the midst of a PR headache while Harry’s 99-year-old grandfather and the Queen’s husband, Prince Philip, is ill in hospital.

Harry is said to have been self-isolating in Los Angeles in case he needs to make an emergency dash home to visit his granddad, and reportedly has phoned the Queen to ask after his health.

It emerged yesterday that the Oprah interview has been ‘re-edited’ after the final terms of ‘Megxit’ were confirmed.

Then this morning, it was confirmed the Queen, Kate Middleton, Prince William and other senior royals are planning a special broadcast on the same day Meghan and Harry’s tell-all is set to air.

The royals plan to share televised messages n the BBC in lieu of a public service for Commonwealth Day on March 7, due to the ongoing coronavirus pandemic lockdown.

Prince Charles, Camilla, the Duke and Duchess of Cambridge and Sophie Wessex are all due to be part of the programme, Westminster Abbey has confirmed.