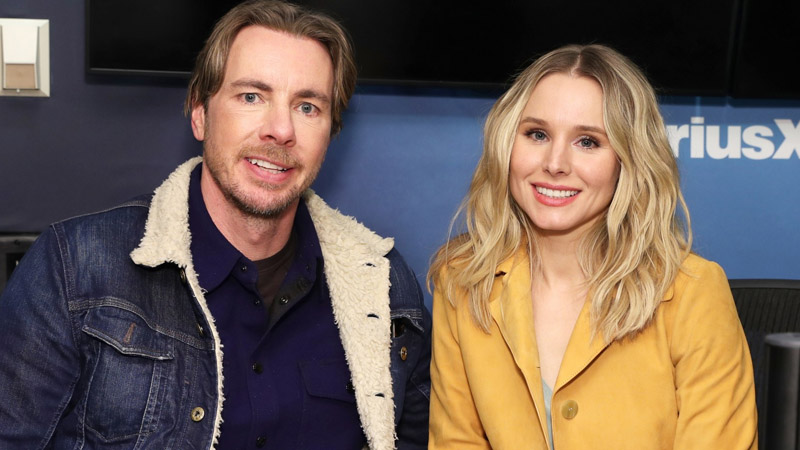 Kristen Bell went all out by creating a Grinch-inspired Christmas tree, complete with a statue of the iconic character himself. See her husband Dax Shepard’s reaction to the holiday décor.

Kristen Bell’s Christmas tree is a masterpiece worthy of Whoville.

Dax Shepard gave viewers a look at his wife’s huge Grinch-inspired Christmas tree on a recent edition of his Armchair Expert podcast. While the Grinch may have stolen Christmas, Kristen definitely stole the show with her tree.

“You may have heard on the Fact Check about the Christmas tree that scared the s–t out of me,” Dax explained in a video shared to his Instagram on Dec. 12. “I thought it had destroyed Newtonian physics as I knew it.”

The Parenthood alum then rotated the camera to reveal Kristen’s masterpiece in all its glory. The tree has colorful lights, a “Who-Ville” sign, and a life-size figure of the Grinch gazing into the tree with his hand coming out the other side.

“That’s the Grinch,” Dax continued. “Look, his hand’s even popping out.”

The top of the tree is bent over on its side—a detail that he feels strongly about. “The thing that was quite disturbing was droopy,” he noted. “The droop.”

Despite being first scared by the Grinch-themed decoration, the Armchair Expert podcast host is more than impressed with Kristen’s talent.

“Hope that satiates everyone,” he said. “Kristen Bell, you’re a f—ing genius.”

Dax further praised his wife, with whom he shares daughters Lincoln, 9, and Delta, 7, in the post’s caption, stating, “Some people are playing on Xmas. Not @kristenanniebell. She’s here to kick a– and drink beer, and unfortunately for her Christmas competitors, she’s appears to be all out of beer.”

The Importance Of Makeup Today

6 Tips to Restore Respect in Your Relationship