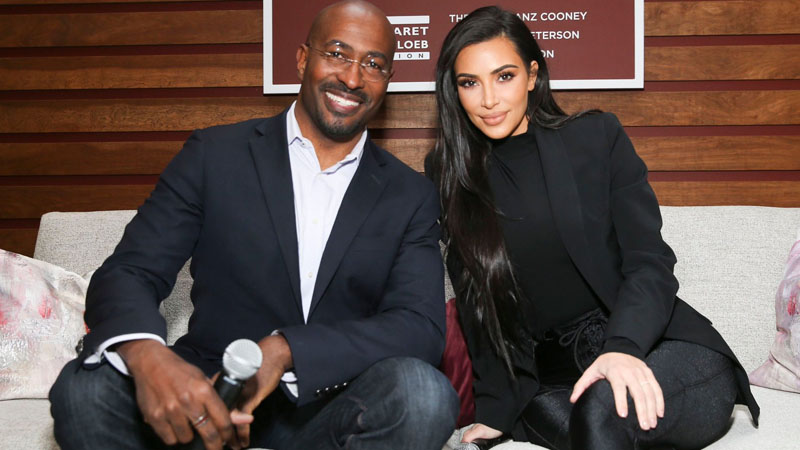 Kim Kardashian papers to divorce Kanye West two months ago and the couple agreed for joint custody of their four kids, North, Saint, Chicago and Psalm. Shortly after the news of their divorce was out, a source told Page Six, that the rapper wanted to date an artist and a creative person.

Now, rumours of Kim being romantically linked to a news reporter are spreading like wildfire. The Keeping Up With The Kardashians star is allegedly dating CNN news presenter Van Jones according to a report by Page Six.

Rumours of Kim and Van Jones dating began circulating shortly after Kim confirmed the split with Kanye. The rumoured duo has been working together during Kim’s four-year law apprenticeship. As per the news outlet, Kim previously made an appearance on Van Jones’ CNN show to draw light on her work in criminal justice reform.

During the interview, she also talked about her marriage with Kanye.  Despite the rumours, one insider told the news outlet, “She’s not looking to jump into anything but is keeping an open mind.”

Cindy Adams from The New York Posts also spoke about the alleged relationship of Kim and Van Jones. “Nice-looking. Political reporter. CNN talker. So left, his car won’t even turn right. Who knows, but he maybe even influenced her politics.

He maybe even has ties to show business types,” she wrote and added, “He maybe even knows folk who’ll quickly shut their tongues if his name is even breathed in connection with maybe Kim, maybe.”