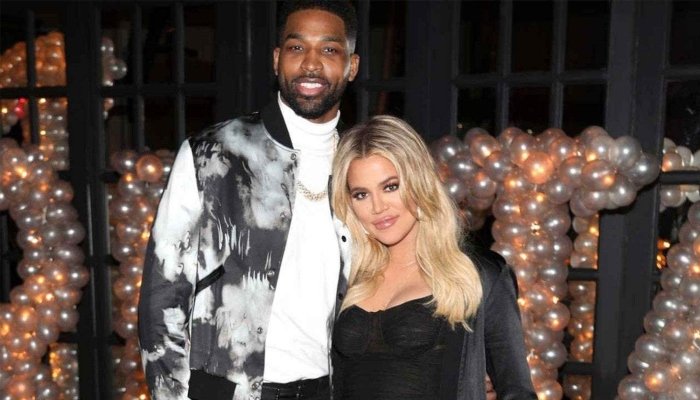 Khloe Kardashian will, allegedly, push through with her plans to wed Tristan Thompson even though her entire family doesn’t approve. In its Jan. 18 issue, Star claimed that Kardashian and Thompson are already engaged after the reality TV star sported a huge diamond ring during one of her recent outings.

A source claimed that just before Kardashian stepped out in public last month, Thompson proposed to her and told her that he wants to spend the rest of his life with her. The Keeping Up With the Kardashians star was, allegedly, touched so she immediately said yes.

However, Kardashian’s family is not celebrating the milestone with her because they are worried that Thompson will just cheat on the reality TV star again. In fact, Kris Jenner, Kourtney, and Kim Kardashian have been warning her against marrying the basketball because of his past scandals.

Unfortunately, their advice have fallen on deaf ears because Kardashian is listening more to Thompson than her family. “Tristan promised to never let her down and she’s choosing to believe him. Khloe and Tristan have been through so much. But she still loves him and wants them to be a family,” the source said.

Kardashian and Thompson split years ago amid reports that the latter cheated on the former multiple times. However, the last straw for True Thompson’s mom happened after news broke that Thompson flirted with Kylie Jenner’s former best friend, Jordyn Woods.

After months of trying to win his baby mama back, Kardashian and Thompson finally confirmed the status of their relationship last October. The couple shared a loved-up photo of themselves kissing each other at Kim’s 40th birthday party.

Prior to their discreet confirmation, a source told E! News that Kardashian and Thompson are in a much better place in their relationship. The source said that the couple is very happy with each other. And things have also been going really well for them.

This week, the couple also made headlines after Thompson commented on Kardashian’s photo on Instagram. The reality TV star posed for a snap in her Good American ensemble, and Thompson called her “My queen” in his comment.

According to People, Thompson has been showing Kardashian how much he’s changed since losing her due to cheating. And he has also vowed to be the best partner and dad to Kardashian and their adorable daughter, True.

Florence Pugh & Zach Braff ENGAGED after whirlwind romance? Former spotted with a ring on THAT finger!