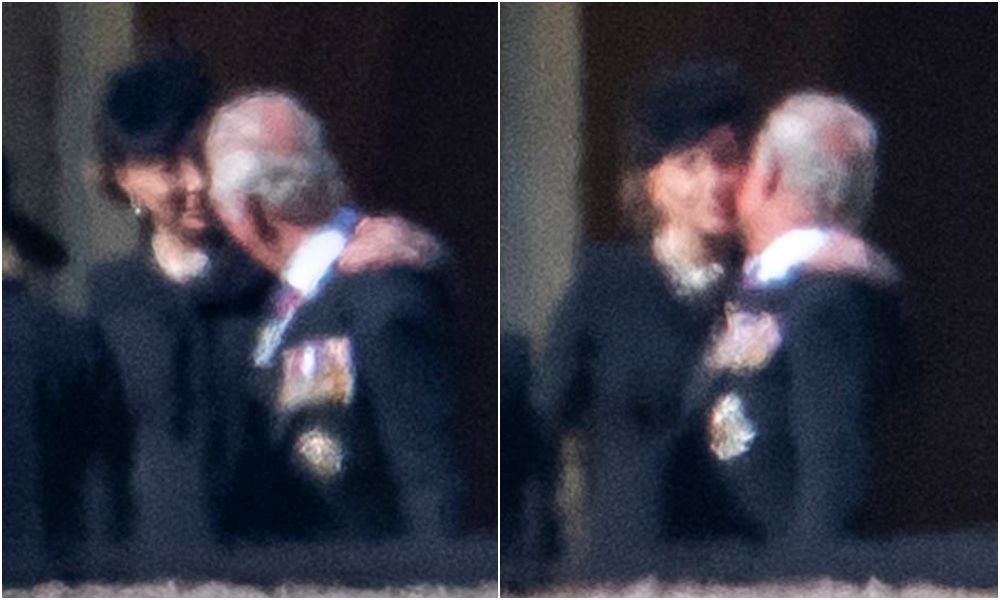 Funerals are a time when families come together, and that’s exactly what happened when Kate Middleton supported her father-in-law, Prince Charles, in the service of Prince Philip.

The mother of three promised to “work hard” at Will’s suggestion, left St. George’s Chapel and comforted Prince Charles as he left.

He kissed 39-year-old Charles gently on the cheek, proving what a supportive bride he is.

Kate is pictured with 72-year-old William, who puts his arm around his father and checks how he follows the service.

The brunette beauty wore the queen’s pearl necklace to the funeral, which had once been borrowed from Princess Diana.

Kate was seen at Windsor Castle for the funeral on Saturday wearing a four-string necklace of pearls and diamonds.

The necklace was made for Queen Elizabeth with pearls given to her by Japan. Her Majesty has worn the stunning piece several times over the years.

In particular, it was also worn by Princess Diana in 1982. Kate previously wore necklaces as well, including attending the Queen and Prince Philip’s 70th wedding reception at Windsor Castle in 2017.

Not only did Kate support Charles, but she was ready to be with her husband when she reunited with her brother Harry.

When they went together after mass, all eyes were on the couple and they joined Kate.

“This is a great acceptance. They are still close. There is still a great brotherly bond there.”

“There are many good signs that Kate should step aside by letting them walk together,” Derek continued.

The body language expert claimed that siblings are comfortable when they like each other.

“There are many good signs that Kate should step aside by letting them walk together.”

“It was as natural as it was. Will, Harry and Kate looked so comfortable walking together.”

When 36-year-old Harry arrived in the UK, he reportedly contacted his father, Prince Charles, his cousins ​​Eugenie and Beatrice, and 38-year-old William.

It was alleged that he wanted to “park all kinds of disputes” before his grandfather’s funeral.