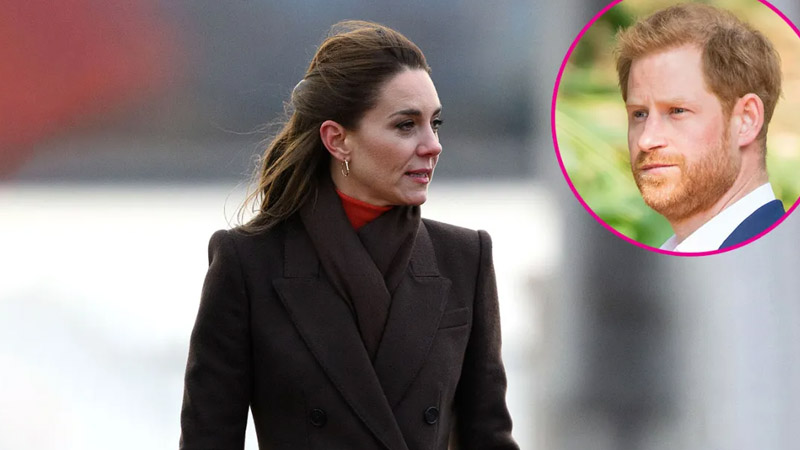 Stepping out. Princess Kate was spotted for the first time since being dragged into Prince Harry‘s royal drama with the release of his memoir.

The Princess of Wales, 40, appeared stoic behind the wheel as she returned to Windsor Castle in the U.K. on Wednesday, January 11. In photos published by Page Six, Kate put on a brave face in a camel-colored coat and dark scarf, seemingly concealing her emotions during her drive.

Prince William and his wife, who wed in April 2011, were two of the major players in the stories recounted by Harry, 38, in Spare. The bombshell book hit shelves on Tuesday, January 10, but several of the more salacious details emerged before the official release.

In an early excerpt obtained by Us Weekly, the Duke of Sussex recalled a rocky afternoon with his brother, 40, and sister-in-law following his May 2018 wedding to Meghan Markle. The couples met for tea at William and Kate’s home to “clear the air” about any perceived tension before the nuptials — particularly between Kate and the Suits alum, 41. (Ahead of the ceremony, the women clashed over the fit of Princess Charlotte’s bridesmaid’s dress.)

The “airing of grievances” took place in June 2018, with Harry claiming that Kate told Meghan she “was owed an apology” for a comment made before the wedding. The future queen alleged that the Bench author “hurt [her] feelings” with a quip about her “baby brain” following the birth of Prince Louis that April.

“We’re not close enough for you to talk about my hormones,” Kate told the California native, according to Harry. Meghan apologized, but William allegedly took matters a step further when he “pointed at Meg” and called her “rude.” The former actress asked the Prince of Wales to “kindly take your finger out of my face” before she and Harry left.

As more of the military vet’s revelations raised eyebrows, a source exclusively told Us that Kate wasn’t pleased with her brother-in-law’s “atrocious” book. “She is appalled at him for dragging her name through the dirt and is finding it hard to forgive,” the insider added.

A second source exclusively revealed that the Cambridge couple wishes Harry would’ve “handled these issues behind closed doors,” noting that Spare has “hit them very hard.”

Members of the royal family have yet to publicly comment on the contents of Harry’s book. The Archewell cofounder shed more light on his writing process during several TV interviews — including appearances on 60 Minutes and Good Morning America — and Buckingham Palace allegedly wanted to approve the footage ahead of time.