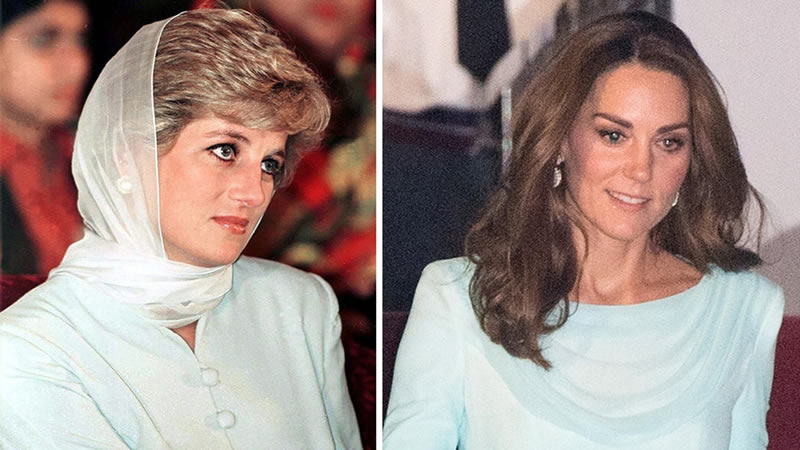 British royal family news reveals that there’s a lot of chatter about Kate Middleton not being at Princess Diana’s memorial on Thursday.

Insiders are spilling the dish on this significant decision with one saying the move is, “telling on so many levels.”

The guest list was cut severely for a statue unveiling on the day of Diana’s 60th birthday. It’s another COVID measure, and is being used to explain Kate Middleton’s absence. It was widely believed that her presence would be a calming one, one that could extinguish any bitterness between the two warring brothers.

“I think keeping the numbers down is a perfect ‘excuse’ for Catherine to stay away. William is fed up with the drama and Catherine doesn’t need to be dragged into this.”

But Camilla Tominey of the UK Telegraph reported that her absence could be because of sensitive Harry—that he would be “outflanked” if the both the Duke and Duchess of Cambridge were there. Cue the violins, Harry apparently brought the band with him from his Montecito mansion.

Instead, the Cambridge family has announced that, “They are planning a private family visit with their children, and that private moment is far more important than the public rhetoric.”

The source added, “Prince William is determined that the Sussex drama does not overshadow this important moment of remembrance to his much-missed mother and is keeping that as his focus.”

It was last week when reports surfaced that the invites to the unveiling at Kensington Palace were severely reduced from the 100-plus invitations originally planned.

Also absent will be Prince Charles, Diana’s adulterous ex-husband. It’s been said that he will not be there so as not to reopen “old wounds.”

A royal insider told the UK Times, “It brings back memories for him; happy, sad, regretful. Since Diana’s death, he has felt it’s best to keep those memories to himself and leave his sons to it.”

It’s been confirmed that Princess Diana’s close family, the statue committee, the sculptor Ian Rank-Broadley and garden designer Pip Morrison will be present.

Harry is now in the UK, in quarantine at the Windsor home he rejected for a life of excess in California—what a rude comeuppance?

Although his grandmother the Queen is said to have visited him, one source said, “It’s highly doubtful there will be a coming together of the brothers for anything more than the unveiling.

Harry can be petulant and defensive and is unlikely to apologize or even acknowledge any wrongdoing and William, who has seen the hurt caused by his brother ripple through the whole family, is not sanguine about how their relationship is changed for good.”