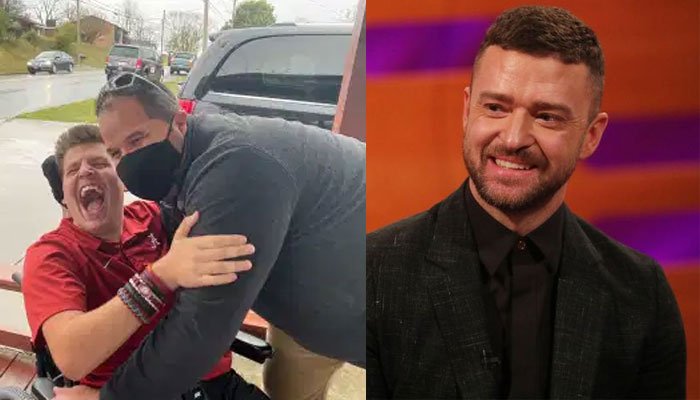 Justin Timberlake’s recent act of kindness for a child with Cerebral Palsy has fans gushing and many in the child’s community have even started praising the singer for his kind hearted gesture towards the veteran household.

He not only gifted a state-of-the-art van to make the family’s life easier, he also engaged in a heartfelt and wholesome conversation which has taken social media by storm.

Jake Stitt is a 17 year old who lives in Morristown TennesseeHe has cerebral palsy, and his family doesn’t have a wheelchair accessible van. But that changed today when jake received the van as a gift from pop icon Justin Timberlake… pic.twitter.com/uSZ0y1dnYl

In Timberlake’s conversation with the father and son the singer was quoted saying, “It’s my pleasure. Like I said, I heard there was a goal to try to get this van before Thanksgiving. I heard your story and saw a little news clip about it.”

For the unversed, it was Michael Abbott Jr. who told a local news channel, WJHL, about the teen’s situation, and after it caught Timberlake’s eye, he rushed in to help.

Learn How To Hide Dark Circles With These Makeup Tips