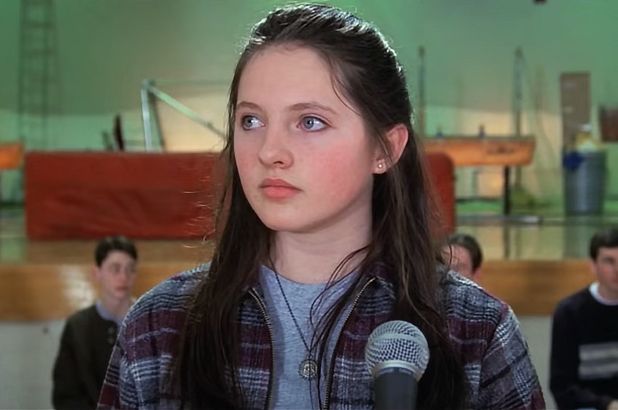 Former actress Jessica Campbell, who appeared alongside Reese Witherspoon and Matthew Broderick in the 1999 comedy Election, has sadly passed away. News of her death is just starting to hit the press, though her family has revealed to TMZ that Campbell was found dead on Dec. 29 at her home in Portland.

Though a full autopsy was reportedly conducted, an official cause of death hasn’t yet been divulged to the family. She was 38 years old. According to Campbell’s cousin Sarah, her death was very sudden and came as a tremendous shock to the family.

Campbell, who had been working as a naturopathic physician, reportedly had a very routine day when she passed, working with patients at her practice. After work, she returned home to visit with her mother and aunt.

Sarah says Campbell was later found collapsed on the floor after she went to the bathroom and never came back out. Her aunt tried to revive her before responding paramedics took over when they arrived at the scene, but Jessica could not be saved despite their best efforts. The family also says Campbell had complained of congestion and suspected she was getting a cold, though the illness wasn’t believed to be Covid-19.

As an actress, Campbell was best known for starring as Tammy Metzler in Election, the younger sister of Chris Klein’s character Paul. The role earned Campbell some recognition, putting her up for nominations at the Independent Spirit Awards for Best Debut Performance and the YoungStar Award for Best Performance by a Young Actress in a Comedy Film. Taking to Twitter after hearing about Campbell’s passing, Election co-star Reese Witherspoon addressed the heartbreaking news.

“So heart broken to hear this. Working with Jessica on Election was such a pleasure. I’m sending all my love to Jessica’s family and loved ones,” Witherspoon writes. As a child star, Campbell also appeared in the TV movie In the Best Interest of the Children alongside Sarah Jessica Parker and Sally Struthers.

She also picked up a role as Amy Andrews in the 2000 comedy series Freaks and Geeks, which has developed a large cult following and featured an ensemble cast including James Franco, Seth Rogen, Linda Cardellini, Jason Segel, and John Francis Daley. Jessica was also featured with Glenn Close, Kristen Stewart, and Timothy Olyphant in Rose Troche’s 2001 drama The Safety of Objects.

Campbell’s is survived by her 10-year-old son Oliver. After her passing, a GoFundMe page was launched to help the family cover funeral expenses and provide for the young boy. Freaks and Geeks executive producer Judd Apatow has personally donated $5,000, and total strangers from all over the world are also adding their contributions.

The family also says Jessica has been cremated and they are currently planning a memorial service. Our thoughts go out to Oliver and the rest of Campell’s family during this incredibly painful time. She will be loved and missed. Rest in peace. You can donate to the family by heading to GoFundMe. This news comes to us from TMZ.