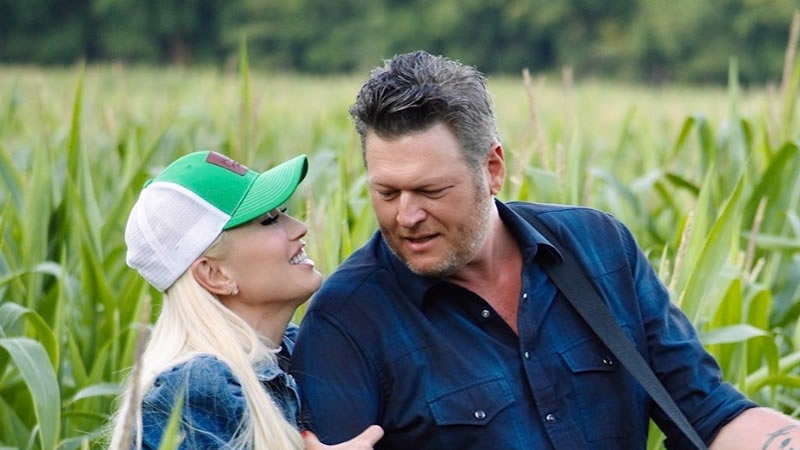 Gwen Stefani and Blake Shelton have reportedly tied the knot in a small ceremony in a purpose-built chapel at his ranch in Oklahoma after getting engaged in October last year.

Blake Shelton and Gwen Stefani are reportedly newlyweds. The duo appears to have tied the knot in an intimate ceremony at a chapel on Blake’s ranch in Oklahoma.

The pair have been an item for six years and look to have said “I do” over the July 4 weekend. Photos obtained by Page Six show the quaint and charming chapel Blake, 45, and Gwen, 51, reportedly became man and wife.

Images showed the chapel located on Blake’s ranch and its surrounding areas in full wedding decor. There was a marquee set up and a selection of tables draped in white with chic umbrellas shading them.

People who certainly resembled wedding guests were also snapped at the property. Gwen and Blake announced their engagement in October last year after first getting together in 2015 when they met on the set of The Voice US.

The quiet proposal came when Blake presented the singer with a huge, six- to nine-carat round solitaire diamond set on what looked like a platinum band.

The couple’s romance came shortly after Blake filed for divorce from his second wife Miranda Lambert after four years of marriage. Just weeks later Blake’s split, the No Doubt singer called it quits with husband Gavin Rossdale after 13 years of marriage and three children.

Gwen and Blake reportedly filed for a marriage license in Oklahoma on Thursday.

In the US state, holders of the license have 10 days to tie the knot, which led to intense speculation that the singers were set to have their big day over the July 4 weekend.

And while it was a seemingly intimate affair, the happy couple were said to have an influx of wedding activities planned for the big day.

The country star had previously joked to USA Today that Gwen was taking charge of the planning as it would be a “pretty classless wedding” if he planned it.

“I want her to do all of that stuff and handle it because it’s going to be great,” he said.

“She’s in the middle of planning the thing, and she’s always so mindful … of me. She’s like, ‘Hey, I don’t want to just take this thing over.’