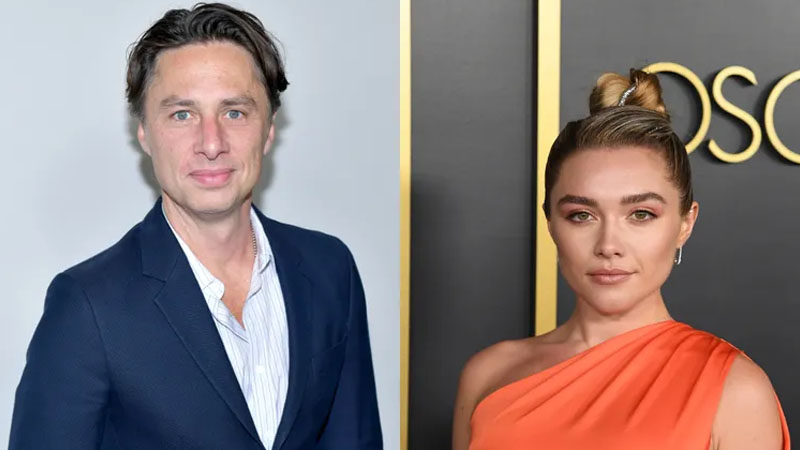 Hollywood actors Zach Braff and Florence Pugh, who have been dating for a while, might have taken a huge step in their relationship! In some new photos acquired by People magazine, the 45-year-old actor and 25-year-old Oscar nominee can be seen walking their pup Billie together, and while that is a daily occurrence, what’s changed is the presence of a ring on Pugh’s finger.

According to the pictures obtained by the tabloid, Zach is wearing a ring on his left ring finger, fueling speculation that he and Pugh have secretly married. While there is no official confirmation of their potential engagement from the couple, we can only hope that the rumours may be true!

If you didn’t know, just a few months ago in December, Florence addressed the duo’s age gap. Florence took to her social media account and shared a picture of grabbing some food after a long flight. She shared the picture with the caption, “First pit-stop, Matzo Ball soup,” she wrote, adding the hashtag “#curingjetlag101.”

Florence beau Braff took to the comments section and dropped a princess emoji to shower his love on his lady. In response to his comment, an Instagram user pointed out that he was 44 years old. The criticism of the couple’s age difference did not go down well with Florence. With no inhibition, the actress pointed out, “and yet he got it” adding a perfect emoji to end her clap back.