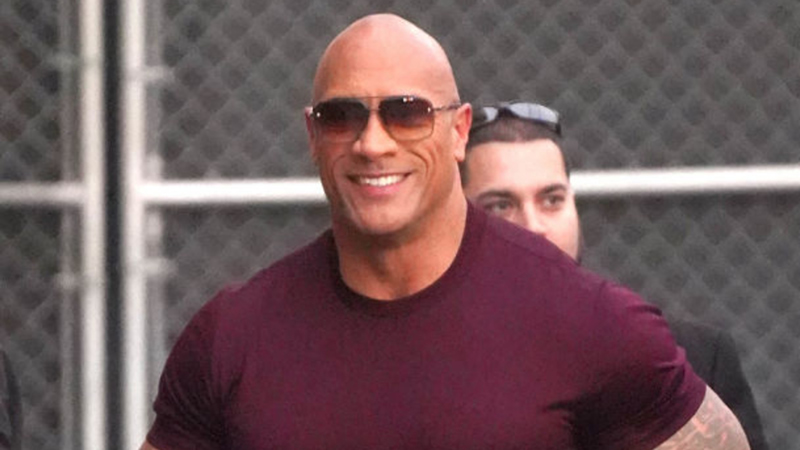 Dwayne Johnson is known to be one of the friendliest actors in Hollywood and it has been evident from the actor’s fan interactions. Recently, The Rock showed this friendly side of him on Thanksgiving as he surprised fans who were on a tour of celebrity homes in Hollywood.

In a video shared by the Red Notice star, he was seen chatting up to excited fans who were on a tour of celebrity homes. The actor who was in his car, pulled up next to the tour bus to interact with fans and asked, “Have you seen my house yet?”

After the excited fans answered “No”, Johnson joked and said, “Ok cool, keep it that way.”

The 49-year-old actor further also wished his fans for Thanksgiving as he added, “All right, you guys take care. Have a happy Thanksgiving!” before driving away.

Sharing the video on his Instagram account, Dwayne in his captions wrote, “Enjoy my hood” and further mentioned that he was heading out for his workout session ahead of the big Thanksgiving feast.

Several celebrities took to Instagram to give a glimpse of their Thanksgiving celebration though we have to say, there’s no one quite like The Rock when it comes to making his fans’ festive day special.

Recently, the actor also gave his personal pickup truck to a Navy Veteran. Johnson shared a photo with the veteran and also mentioned in his captions that it’s moments like these that bring him the most joy.