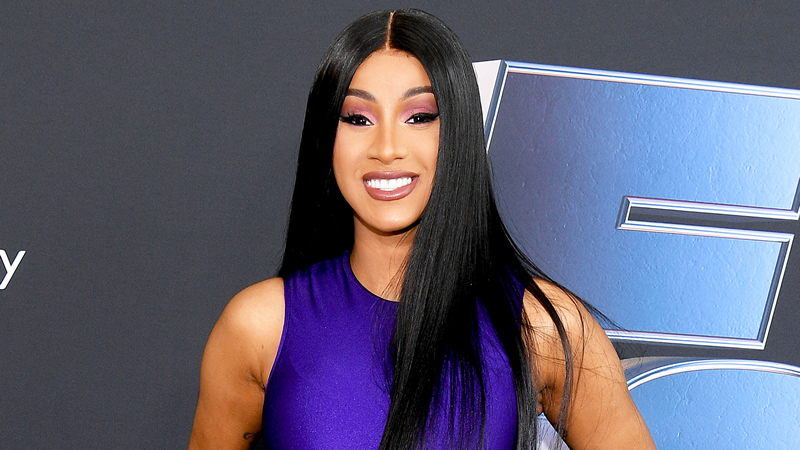 Cardi B has recently been spotted trying her luck in gymnastics! The rapper, 28, had it in her to do some of the moves with Insecure actress Amanda Seales, who possesses a background in rhythmic gymnastics herself!

In a new episode of Facebook’s Cardi Tries, the rapper makes an attempt at learning the ways of the sport before signing up her daughter Kulture Kiari for it.

Read Also: Cardi B claps back at naysayers criticizing her $150,000 gift for their daughter

At the start of the episode, while Cardi and Amanda get to know each other more, the rapper, like the doting mother she is, talks about how interested Kulture is to learn the sport, so she wanted to give it a try herself first.

“I am not a flexible person, however, everything that I can do I’m gonna make sure my daughter can do…Now that she turned 3, I’m gonna put her in gymnastics class. I just want her to be really flexible because being flexible always takes you a long way with everything,” she says.

In the video, Cardi also makes an attempt to learn about the different gymnastic types from Amanda Seales before trying to attempt the sport. She even revealed the reason behind wanting her daughter to take up gymnastics.

During the session, Cardi and Seales were instructed by Stasya Generalova, a renowned member of the United States’ rhythmic gymnastics national team. “When I heard Cardi B and Amanda were coming to my class.

I was beyond stoked because I know Cardi B is a complete performer, she knows how to get the audience going, and you need that in rhythmic gymnastics…And Amanda’s an ex-gymnast so I know she has tricks up her sleeve,” Generalove said. – pinkvilla