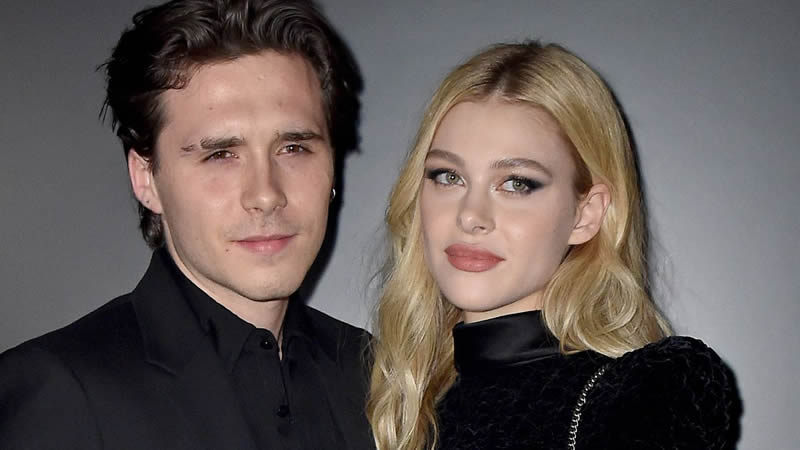 Brooklyn Beckham’s fiancée Nicola Peltz has left fans absolutely baffled after she referred to him as “Seth” in her latest Instagram snap.

The actress, 26, shared a collection of sweet photographs of her and the eldest Beckham boy, with the caption: “Me and Seth,” accompanied with a winking face.

The blonde bombshell was holding Brooklyn’s chin with one hand as they both grinned for the camera.

She looked stunning in a strappy white top, with her tiny butterfly tattoo on display.

The pair got matching butterfly tattoos this month on different parts of their bodies.

Brooklyn looked so much like his famous dad David, with his dark curls gelled back.

In another snap, the duo shared an intimate kiss with their eyes closed and Nicola’s arm still firmly around Brooklyn’s neck.

Brooklyn commented on the post: “Love you baby xxxx me and you forever,” with a love heart emoji.

But fans were a little more confused by the strange monicker.

Someone else wondered: “Is this an OC TV show reference?”, referring to the character Seth Cohen in American drama The OC, played by Adam Brody.

And Brooklyn did bear a striking resemblance.

Another follower was thinking along the same lines, adding: “Is he your Seth Cohen?”

Others rushed to share their love for the golden couple, with one fan writing: “You are goals,” accompanied by three loved-up emojis.

Someone else said: “Super good looking together.”

Brooklyn, 22, recently added to his ink collection to showcase his love for Nicola, after famously inking a lengthy letter penned by his beau on the back of his neck.

But in February, the star revealed he had been inked again, with text on the back of his hand that read: “Defining moments, love of my life, my protection.”

The tat was followed with Nicola’s full name and the word “baby”.

And the youngster definitely envisions having a family in the future.

When asked on his Instagram story “What do you want to be when you grow up?”, he said it was his dream to be an “amazing dad and husband”.

His unwavering adoration for US-born Nicola has been a bit of a whirlwind romance; the couple first got together in 2019, and Brooklyn proposed just eight months later.

The famous son of David and Victoria Beckham has tried his hand at everything from modelling to acting to photography, and even had a book of photography published by Random House in 2017.