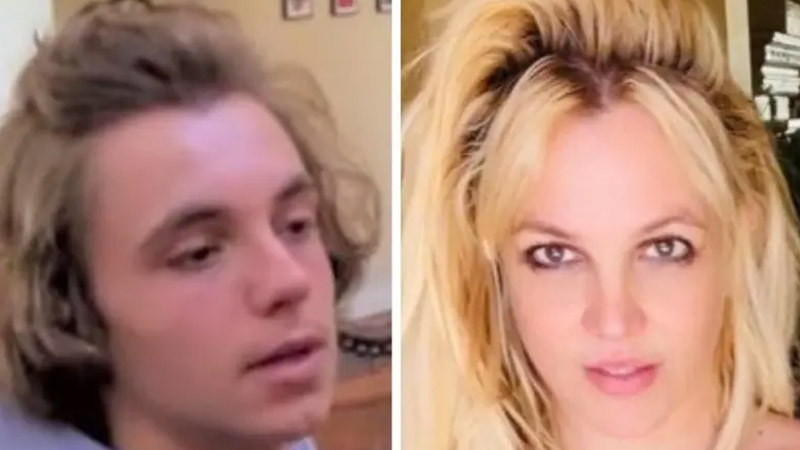 Britney Spears is still using voice memos to express herself. She’s back with another recording just a week after releasing (and privatizing) a 20-minute audio message about her conservatorship. Spears has a message for her 15-year-old son, Jayden Federline, this time.

“You were just like my other family,” she says in the three-minute audio posted to Instagram on Monday. “You secretly loved looking at me as if something was wrong with me. I didn’t need a family hiding shit in houses and whispering shit behind my back feeling subconsciously guilty because I paid for every fucking thing in both homes — I needed unconditional love and support.”

Federline reportedly said in an interview for an upcoming documentary that he wanted his mother to “get better mentally” so he could see her again, adding that she caused him and his brother, Sean Preston Federline, “emotional trauma.”

The teenager also defended his grandparents, Jamie and Lynn Spears, who has been chastised for their alleged roles in keeping Spears in conservatorship. Spears responded with an Instagram post in which she stated that her love for her children knows “no boundaries,” but she was upset by some of her youngest son’s comments.

Spears’s latest audio message expands on her reaction to the interview. She says her children are “deciding to be hateful” because they do not value her as a person and instead valued her money. “‘I will pray for her.’ Pray for what?” Spears asks, quoting Jayden.

“I keep working so I can pay off mom’s legal fees and her house. Do you guys want me to get better so I can continue to give your dad 40 grand a month? Or is the reasoning behind you guys deciding to be hateful because it’s actually over in two years and you don’t get anything?” (The children will turn 16 and 17 this month, respectively, with payments likely ending after their 18th birthdays.)

In the message, Spears claims her kids would leave visits with her two hours early and didn’t pay her much attention unless she “played a motherfucking saint” and showered them with gifts and “amazing food.” She ends the voice memo by declaring that her dad should be in jail and that no God would allow what he did to happen. “I don’t believe in God anymore because of the way my children and my family have treated me,” Spears concludes. “There is nothing to believe anymore. I’m an atheist.”