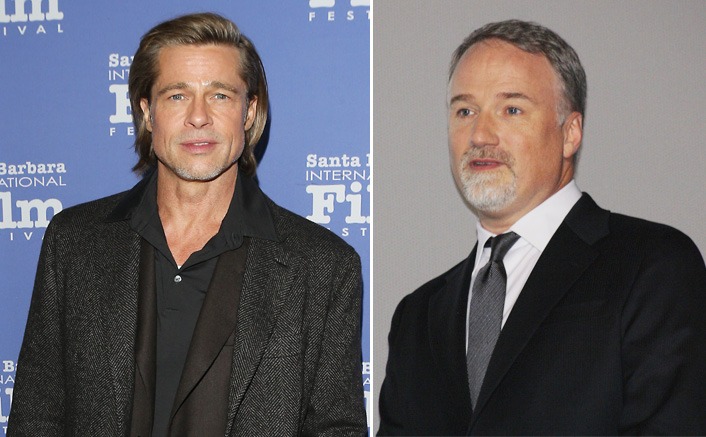 Actor Brad Pitt and director David Fincher have worked together in the past on three films, namely, Se7evn, Fight Club and The Curious Case Of Benjamin Button. Fincher is known for directing many commercial hit films like Gone Girl, The Girl With The Dragon Tattoo, The Social Network and more.

Brad Pitt has movie nights with past collaborator and said recently exclaimed that the experience is amusing nights narrated by David Fincher’s ‘impossible eye.’ Read the article to know more.

In a recent New York Times article that celebrated Fincher’s work, we get to know that Brad Pitt has confirmed that the Mank director has an ‘impossible eye’ for even the tiniest details of a film. Speaking about how it is to watch a movie with the director, the actor said, “The funniest [expletive] I’ve ever met.

He’ll be muttering the whole time: ‘That shot works. That’s a bad handoff. Why would you go to the insert of the glove there? Stabilize!’ It’s like watching a football game with Bill Belichick.”

Brad Pitt also recalled working with David Fincher. He said when they would “be doing a shot, and there would be the slightest imperceptible wiggle from the camera, and you could see Finch literally tense up – like, it physically hurts him.”

Speaking about David Fincher, the director has admitted himself that playing his favourite video game, Madden NFL, is “the only time I’m not thinking about movies.”

Well, there is no doubt that David Fincher is a perfectionist who pays attention to minute details in his movie. We couldn’t agree more to Brad Pitt’s statements.