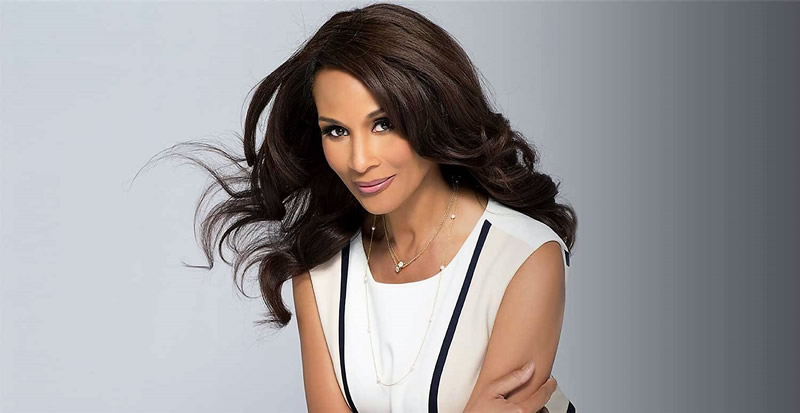 Naomi Sims is considered the first African super model but Beverly Johnson’s fans consider her the very first famous African American model. She rose as the first famous black model as she appeared on the cover of the American Vogue in August 1974 shot by a famous photographer of his time Francesco Scavullo.

She was born in October 13, 1952 in a middle class black family in New York. She was a great swimmer in her youth and she wanted to be a professional lawyer and was studying criminal justice in Northeastern University before trying herself as model in New York. She recalls her arrival in New York for modeling as
“I came to the city with my mother, my little white gloves, and my hair in a topknot, and met with the editors.”

She had graced over 500 magazines cover and that was her impressive introduction to the fashion industry of the New York and she was included in 100 top most influential fashion models of the 20th centuries by the New York Times and thus she dispelled that myth that white ladies will never buy the magazines with a cover having a black top model and white ladies will not follow the fashion adopted by the black models. She has changed the concept of beauty ideals in the fashion market and every fashion designer of that time started to use this African American Model for the promotion of their new designs. She became the beauty icon of her time.

She was then introduced in the television screens in different programs like Law and order and girlfriends etc. She is not only a great successful model and actress but she is also an author and a successful businesswoman. She has written books to reveal the reality of her life, How did she get through different disorders and made herself fit and books have also tips for the hair and skin care, bath and body products etc. Then she was honored by Oprah in her legend ball specials.

In her personal life, she married a real estate agent Billy Potter in 1971 at the age of 19 but her marital life could not succeed and ended on divorce in 1974. Then she married a music producer and publisher Danny Sims in 1977 and then she separated from him in 1979 and later divorced. In 1984, however she and Danny Sims did have a daughter together Anansa who is also a model. She dated another man Chris Noth in 1995 and this couple broke up in 1998. Then in 2005, a professional golfer Mark Burk came in her life but this relationship also ended in 2008. She is a great social worker and serves the community in a positive way as a social worker and she is also a great mother.

She was also honored as a goodwill ambassador by the former President Bill Clinton. Her devotion, her work, two books of her career, one record, this honor by the President and her countless achievements have proved that the true beauty has no color. Infact, it shows that the pure beauty of personality and mind does not depend on the color or creed. Beauty is the sound of nature and it speaks itself.