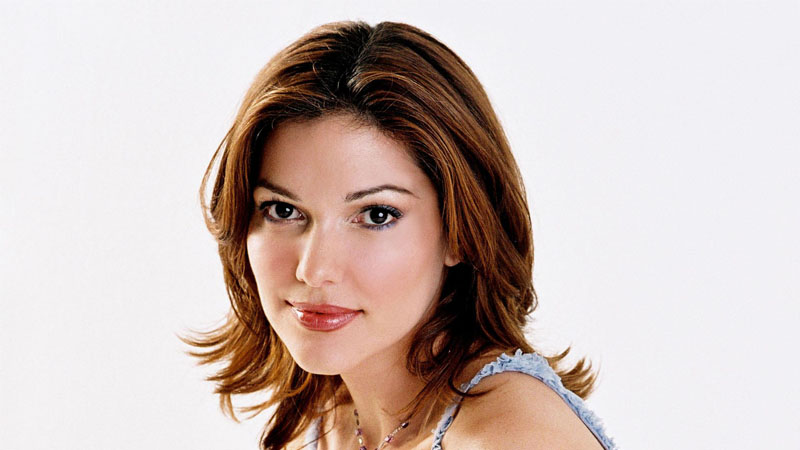 Laura Harring is one of the most beautiful and a talented woman in the industry, who is not only famous just for her beauty, but has gained recognition with her hard work and talent. The amazingly gorgeous Laura Harring was born in the northern Mexican city of Los Moch is on March 3, 1964.  Laura Harring, with her German and Austrian lineage, spent 10 years of her early life in her native land, and moved to San Antonio, Texas with her family when she was just 11.

At the young age of 16 years, Laura Harring took a big step to convince her family to let her go to Switzerland, where she attended Aiglon College. After her college and some international trips, Laura Harring eventually returned to America and got settles in El Paso, Texas. With her killing looks and alluring charm, Laura decided to enter the world of beauty pageants. Her confidence on her beauty didn’t go wasted, and Laura Harring won the title of Miss El Paso. Later she also won the title of Miss Texas. Later in 1985, Laura Harring clinched the crown of Miss America at the age of 21 years and became the first Hispanic to ever win this title. Her victory landed her to Europe where Laura Harring got married to Count Carl von Bismarck and earned the title of countess. While her stay in Europe, Laura also studied theater at the London Academy of Performing Arts, specializing in the French style of Commedia dell’Arte.

In spite of being amazingly talented, Laura Harring didn’t get instant success. It really took time and efforts for Laura Harring to be known and shine like a star. Being passionate and devoted with her work, Laura Harring promisingly started out her acting career as the bride of General Antonio Lopez de Santa Anna (played by the late Raul Julia) in “The Alamo: Thirteen Days to Glory”, a made-for-TV movie. Though, she worked really hard in her other stints too, but the most known and memorable roles of Laura Harring were in the regrettably forgettable “Rio Diablo, Lambada: The Forbidden Dance and Empire”, the latter a fizzled TV series.

With her continuous devotion and hard work, Laura Harring gained chances step by step and became more prominent and recognized in “Sunset Beach”, in which she played cop Paula Stevens. Later, Laura Harring gained the mainstream limelight with “Little Nicky” in the year 2000. In her acting career, Laura Harring played many roles beautifully and her extensive work on television finally pushed her to grace the big screen, with roles in “Little Nicky” and “John Q” and the most popular David Lynch’s “Mulholl and Drive”.

When it comes to the most successful part of Laura Harring’s acting career, we cannot ignore the popularity that “Rita” of “Mulholl and Drive” has brought to her. That role of Laura Harring became so popular and memorable that she also won an American Latino Media Arts (ALMA) Award for Outstanding Actress in a Motion Picture. While the role of Rita is the main recognition for Laura Harring, her popularity and acting profile really got a huge boost by playing as John Travolta’s wife in 2004’s “The Punisher”.

One of the major reasons of the fame of Laura Harring is undoubtedly her irresistible sex appeal. When it comes to judging Laura on the basis of sex quotient, she actually makes us remind the enticing sex appeal of Rita Hayworth. Her sexiness is something beyond the body exposure. Laura Harring is one of those actresses who know how to use their charm, without making it vulgar on screen. The way Laura Harring stares at the camera and delivers her dialogue is something quite enough to move someone. While writing about the sexiness of Laura Harring, Esquire magazine published “When Harring bedded Naomi Watts in David Lynch’s Mulholl and Drive, we forgot that the movie made no sense. Then we saw it again.”

Duchess of Cambridge shows off bump as she honours Scouts

Queen of Transformation: Khloe Kardashian Accused of Having New Chin and Nose