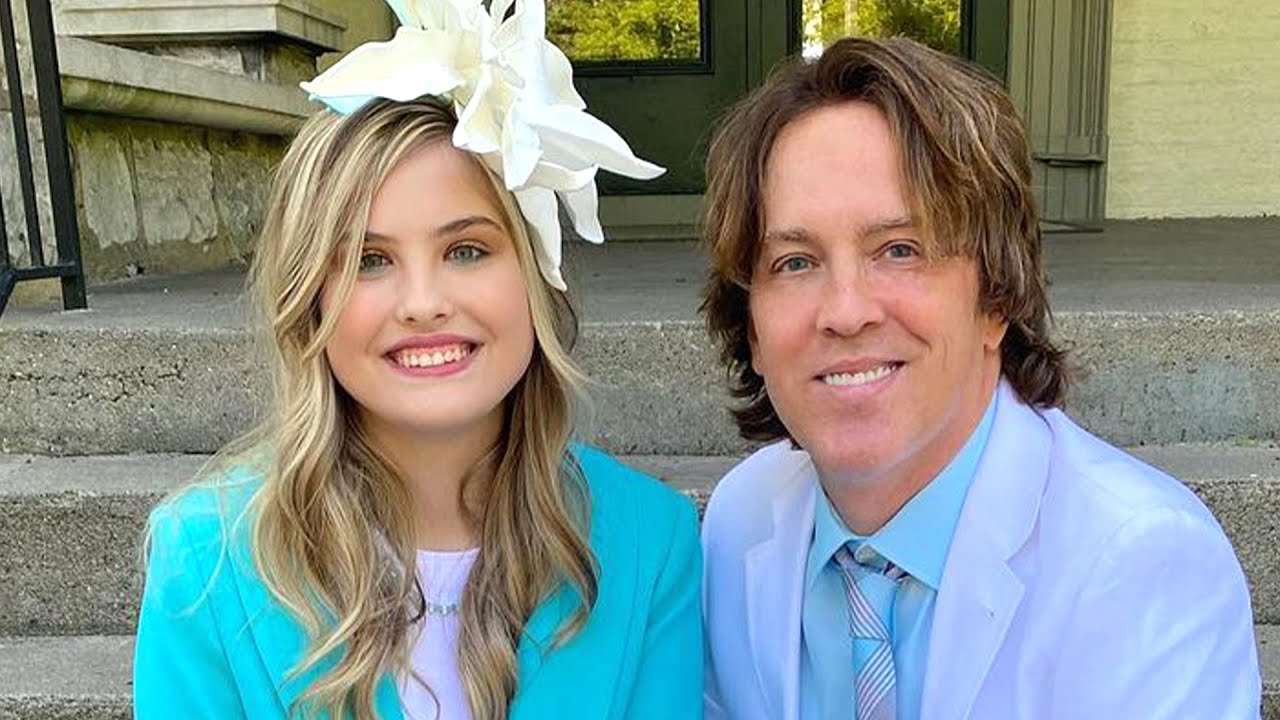 Anna Nicole Smith’s daughter, Dannielynn Birkhead, is her mini me. The late model and her 14-year-old teenager couldn’t look more alike in a new 20/20 special, Tragic Beauty, that aired Friday.

Ahead of the anniversary of Anna Nicole’s death, Dannielynn traveled with her father, Larry Birkhead, to her mom’s Texas hometown and nostalgic locations in Los Angeles. They also met some of the actress’ high school friends and went to places she spent time at before becoming famous. Anna Nicole died Feb. 8, 2007, from an accidental overdose. Dannielynn was just five months old when her mother died at the age of 39.

“Dannielynn’s a teenager now, and she doesn’t really know a ton of things about her mom,” Larry explains in the special. “Anna should be remembered as this larger-than-life figure that was really a caring, giving person, a beautiful lady who loved her fans and loved her family.”

While in L.A., they visited several sentimental locations and Dannielynn saw for the first time some of Anna Nicole’s memorabilia from her life and career, tucked away in a storage locker following her death.

“She has a big heart like her mom had and I think she could appreciate these things,” Larry says, before telling his daughter, “This is stuff that I had for you for, like, a long time.”

Larry previously told ET that he does his best to keep Anna Nicole’s memory alive for their daughter, and she reminds him of her mother.

“I look at her and she’s my everything,” he said. “When I see how big she’s become, I’m just so proud of her… She reminds me so much of her mom and as she gets older, and her features are changing, it’s just like having a little miniature Anna Nicole running around in so many ways.”

In May of 2019, while making their annual appearance at the Kentucky Derby, Dannielynn paid tribute to her late mother by wearing the same hat that Anna Nicole wore to the event in 2004.

Till Death Do Us Part: Woman Pushes New Husband Off Cliff