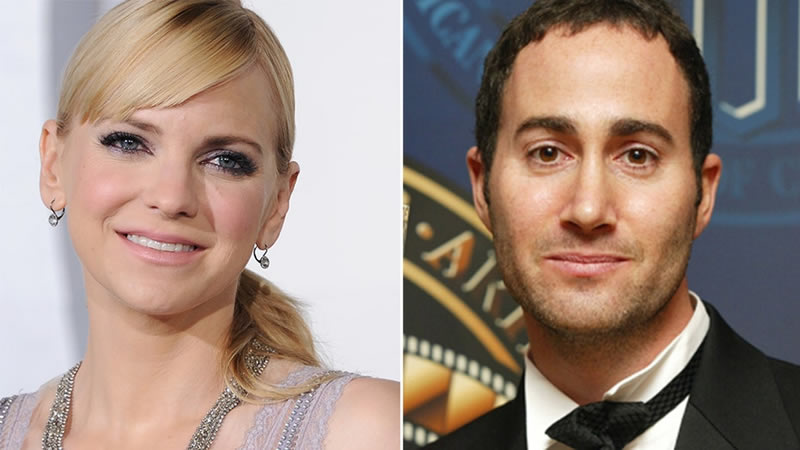 “I’m sorry, honey, I just blurted that out,” the former “Mom” star told her new husband during the latest episode of her “Unqualified” podcast.

Anna Faris may no longer be a “Mom,” but she’s a new stepmom (and still a mom), as she revealed during a podcast appearance. The unexpected share seemed to surprise her, too.

The actress was chatting with “Top Chef” star Gail Simmons on her “Unfiltered” podcast when she kind of just blurted it out, while referring to her “fiancé” Michael Barrett, a producer on her podast.

It happened in the middle of an innocuous conversation about how this past year has seen her and Barrett “in a place of reflection, in a place of kind of prioritization to some degree, a place of anxiety, a place of assessment.”

“I’m looking around.. my fiancé’s right — he’s now my husband,” Faris continued, quickly clarifying when Simmons congratulated the couple, “Yes, we eloped,” as this was definitely news. “It was awesome, yeah, it was great,” she added.

She then took a moment to apologize to Barrett, telling him, “I’m sorry, honey. I just blurted that out, but it just feels like I can’t say ‘fiancé’ anymore,” she explained.

She talked a little more about the experience, which was about as simple as it can get. “It was at a local courthouse up in Washington state,” Faris said. “It was great.”

It turns out Simmons — and her entire podcast audience — weren’t the first to find out about Faris and Barrett’s marriage by Faris just kind of blurting it out. That’s how her own family learned she’d gotten married.

“We saw my family, and it kind of slipped out the same way,” Faris laughed. “My aunt asked me, ‘You are going to be a stepmom. How are you feeling about that?’ and I said, ‘Well, actually, I am a stepmom as of like four days ago.'”

Barrett had fueled speculation earlier in the week when he was spotted by the media wearing what appeared to be a wedding ring — turns out that’s exactly what it was. Congratulations to the happy couple!