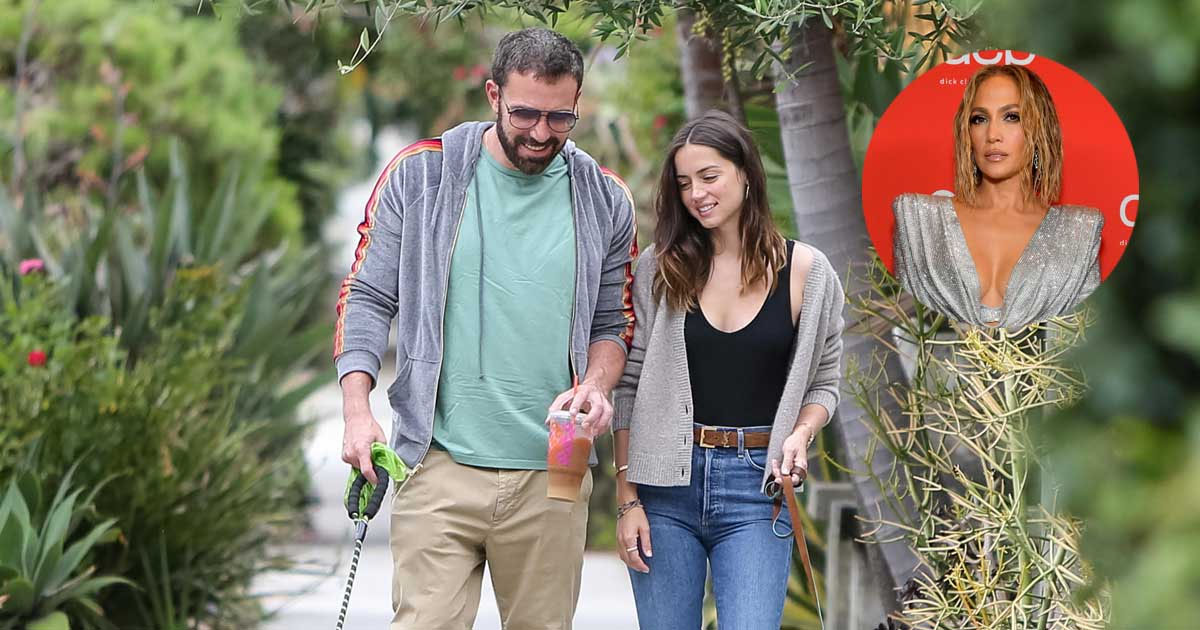 Ben Affleck has been breaking the internet for the past few days with the news of his reunion with former flame Jennifer Lopez. Well, JLo’s ex-fiance Alex Rodriguez was quite shattered after this reunion, but it looks like Ben’s former love Ana de Armas has zero f*cks to give. She is moving on, and how!

The actress is in the limelight not because of Ben or Jlo but for slaying in a swimsuit on the set of her new movie. We bet you wouldn’t be able to take your eyes off her.

According to reports on Page Six, Ana de Armas was spotted filming her new movie, The Gray Man, in Mallorca. She looked stunning in a plunging blue bathing suit and a sparkling diamond necklace, and a diamond bracelet.

Ana Armas, 33, was also snapped wearing black pants while on a boat with a man who appeared to be her co-star in the flick, Wagner Moura. The actress took to her Instagram and posted a couple of pictures from the set. Check them out!

Well, undoubtedly, the actress looks extremely gorgeous in these pictures. Ana de Armas was recently caught in LA last month with a mystery man before heading to Spain for the shoot.

Ben and Ana were quite a thing in 2020. They met on the set of their film ep Horizon in early 2020. News of their relationship broke in March 2020 after they were photographed on vacation together in Cuba & Costa Rica. However, by January 2021, multiple sources confirmed that they broke up.

Well, fans were quite heartbroken with this split, but it looks like both Ana de Armas & Ben Affleck both have moved on.

Want a $2,000 stimulus check each month until the pandemic ends? Read this