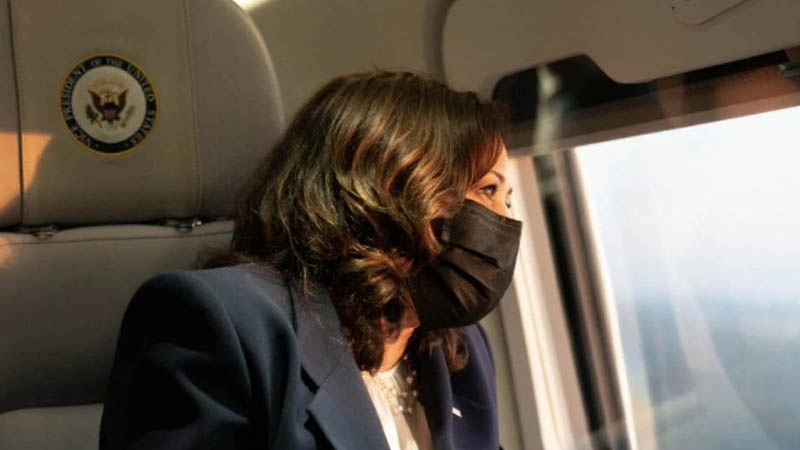 Oh, this seals the deal…

The shift is happening. You can feel it in the air.

There’s been less talk about Joe. You don’t see him out as much. Not many pictures of the ol’ buffoon.

The tide has definitely turned since that disastrous fall UP the stairs of Air Force One, followed by that horrific press conference.

Since then, Joe has taken a backseat. He even recently told a room full of people that Kamala was “smarter” than him…which is not saying much, since a bowl of Parmesan Cheese is technically “smarter” than Joe.

And remember how the WH officially changed the way they address the Biden admin? Now it’s called the “Biden/Harris admin.”

Can you imagine Obama ever calling his admin the “Obama/Biden admin?” Or the Trump/Pence admin? Please.

We all know what’s happening.

Oh, and I saw this photo today online –  tell me this doesn’t scream “Look! I’m presidential!” Totally staged. And check out the caption on the tweet. “Brighter days are ahead…”

So, the writing appears to be on the wall, even to the most casual observer.

But, then I saw this tweet from DC OANN reporter Jack Posobiec, and it pretty much sealed the deal.

According to Jack, WH staffers have a new nickname for Kamala…They’re calling her the “Heiress.”

Here’s what Jack said: “Scooplet: White House staffers have started to refer to the Vice President as Heiress when texting”.

Here’s what people are saying:

“I believe it. And it scares me almost more than Paw-Paw Biden, the puppet made of balsa wood, fronting for same.”

“This is a perfect balance of WTF and Of Course”

“Oh my, what are the odds that they came up with that name themselves or is she just forcing them to call her that?”

“The swamp works in mysterious way.”

“Her Highness. Heiress To The Mess”

“That’s okay. I’ve started to refer to the VP as “that evil dipshit” when I text.”

“So they’re internalizing and cementing the fact that she got where she is by riding someone else’s coattails? Weird flex on their part.”

So, as we all figured, Kamala will be our next “Resident.” That’s two people in the White House that Americans didn’t actually vote for.

Leaked Chats Obtained By POLITICO Appear To Show Matt Gaetz’s “Wingman” Scrambling To Contain Fallout Amid Sex Crime Allegations: “Everyone Is Going To Need A Lawyer”

How to Care For the Lips in the Winter