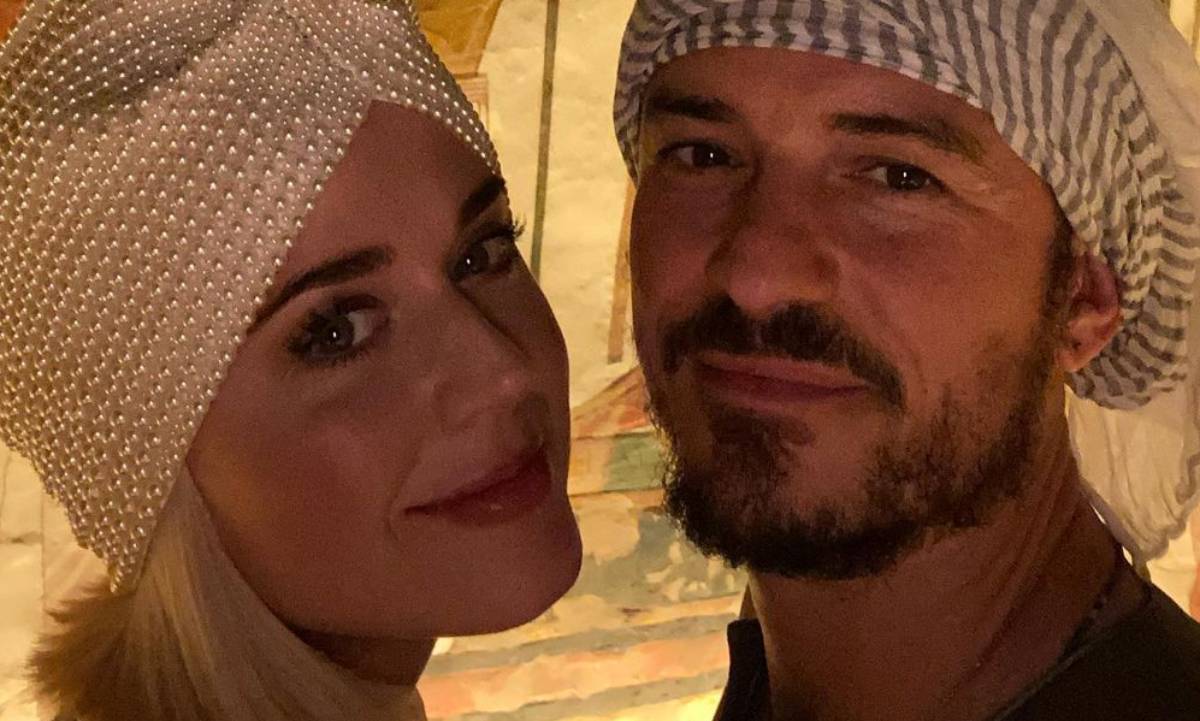 Katy Perry is a doting mum to baby daughter Daisy, who she welcomed in August with fiancé Orlando Bloom.

The American Idol judge has so far kept her little girl out of the spotlight, but that hasn’t stopped her from posting some sentimental pictures featuring Daisy over the past few months.

Most recently, Katy took to Instagram on Orlando’s birthday to share a collection of pictures of the couple together over the years.

Among the snapshots was one of a heavily pregnant Katy cradling her baby bump while posing with the Pirates of the Caribbean actor in the desert.

The beautiful photo was taken just months before Daisy’s arrival, and the couple have been besotted with their little girl ever since.

Daisy is doted on not only by her parents but her older brother Flynn. The ten-year-old is Orlando’s son with ex-wife Miranda Kerr, and while both children have been shielded from the public eye, with their faces covered from view in any photos shared, Orlando has previously given an insight into life with his two children during an appearance on the Ellen show shortly after Daisy’s birth.

The proud dad told the chat show host that his little boy was “very used” to newborns as he already has two younger brothers – Miranda’s sons Myles and Hart, who she shares with husband Evan Spiegel.

And just ahead of Daisy’s arrival, the proud dad spoke about how excited his son was on having a sister.

At the beginning of the year, Daisy even made an ‘appearance’ in her mum’s music video, Not the End of The World, which also starred Zooey Deschanel.

While the baby wasn’t visible on camera, her pram was being pushed around by Katy in an adorable scene, which showed the singer balancing work with motherhood.

In a behind-the-scenes clip taken during the video shoot, Katy opened up about motherhood. She said: “I’m just about to go home to my baby girl Daisy Dove. I’m so excited for it. I wish I could be in the whole thing but I’ve got to go home and be a mum.”

She Was Dying On The Road. But When She Saw A Woman, She Softly Wagged Her Tail

Dr. Fauci says you shouldn’t go here after getting a COVID-19 vaccine

5 Skin Care Tips Before and After Workouts