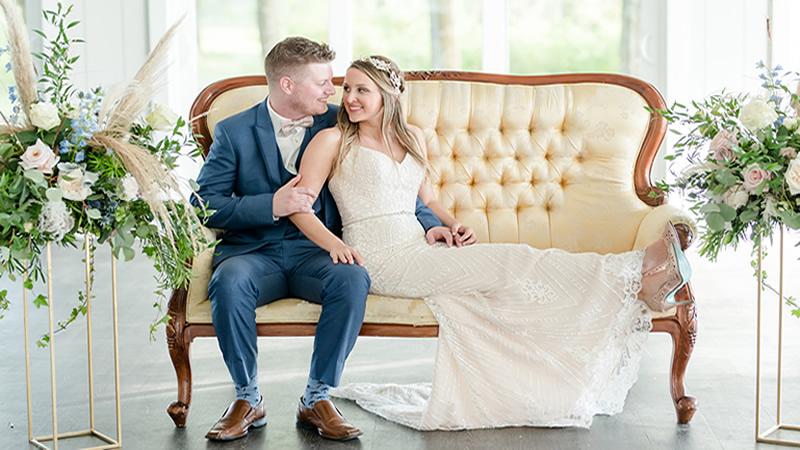 A newly-engaged couple have celebrated their union, as many Americans do, with a romantic photoshoot, but rather than opting for a scenic setting and perfectly-tailored ensembles, the duo instead chose something of an unusual theme: CrossFit.

Joe and Illiana, based in Ocoee, Florida, are both passionate about the cult exercise regime – a combination of high-intensity weightlifting and gymnastics – and could think of no better way to showcase their engagement than in the gym, where they spend most of their free time together.

Read More: 5 Secrets to a Successful Long-Term Relationship or Marriage

‘It was so much fun working with them,’ Cricket of Cricket’s Photography, tells Daily Mail Online, having shot the very acrobatic series at Ocoee’s Crossfit High Intensity. ‘They are one of those rare couples that you can “see” their love.’

The happy couple, who are both former gymnasts, managed to pull off a number of tricky moves together, from engaging in an upside down lip lock to hanging from ropes and performing handstands.

Joe and Illiana met while working together at Sea World Florida, and Joe proposed to Iliana in November under a waterfall at Discovery Cove in Orlando.

Cricket, a mother-of-four who has been shooting engagements and weddings since 2006, was approached by Joe to take the couple’s engagement photos, which were initially planned to take place at a lake.

‘Joe said to me, “I know it’s kind of crazy but Iliana mentioned maybe doing some photos in our cross fit gym, since we love working out there together.”‘

Cricket adds: ‘It wasn’t about showing off what they can do, but really about them as a couple.’ Illiana did some research on Pinterest before the shoot to find poses they could do together, but the rest was improvised.

Cricket says she was touched by how deeply in love Joe and Illiana seemed to be. ‘They naturally just put their heads together in love and I’d find him sneaking kisses on her forehead,’ she recalls.

‘A lot of the time you have to talk couples through that. But every once in a blue moon you find a couple that do. That was this couple.’

Joe and Illiana plan to marry on April 30 at Paradise Cove near Lake Buena Vista.

How to be Stylish while Being Casual?

Be a good wife