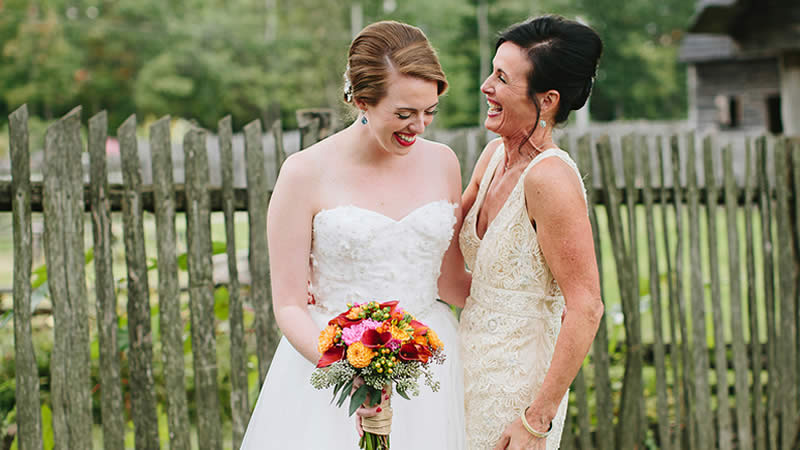 There are many unwritten rules that all guests should follow when attending a wedding. There’s the obvious ones like don’t be late, don’t bring an uninvited plus-one, and definitely don’t wear white. But has anyone ever told you that you can’t wear a bridal gown unless you are the bride? Chances are, probably not, but that’s because it goes without saying…right? Apparently not for one mother of the groom who seems to be taking her son’s wedding as the perfect opportunity to steal the show.

Per Business Insider, a member of the Facebook group “That’s It, I’m Wedding Shaming” was recently watching a June 2018 episode of The Posh Frock Shop—a British television show where award-winning designer Ian Stuart helps women find dresses for weddings and other important occasions—and had some major thoughts. The episode featured mother of the groom, Lydia, on her search to find the perfect dress for her son’s upcoming nuptials. From the start of the episode, it was clear that Lydia and Stuart were not on the same page when it came to what she envisioned wearing on her son’s wedding day. Lydia rejected all of Stuart’s dress recommendations and chose to search through the bridal section for a dress instead. Yes, the bridal section! Of course, Lydia fell in love with a one-shouldered bridal gown that had a—wait for it—train.

The viewer was so appalled by Lydia’s choice that she had to share the story with other members of the Facebook group. “Jaw dropped watching The Posh Frock Shop,” she wrote on Facebook. “The MOG went to the BRIDAL side of the dress parlor to pick this for her son’s wedding. She says she is planning the wedding and she is a ‘cool mom.’ She doesn’t think she will upstage the bride?! If I was the bride I would scratch her eyes out!” The post even included photos of Lydia smiling in the dress. Cringeworthy. In the episode, Stuart was also shocked by Lydia’s choice saying, “She’s going down the very sexy route. Almost like, ‘I’m more important than the bride’ route.” He even tried to suggest that she dye the dress gray, so as not to upstage the bride, but Lydia shut that idea down.

Commenters were quick to shame the mother of the groom and her selfish wedding attire choice. “That poor bride stuck with the ‘cool mother-in-law,'” commented one Facebook user. “She’s going to make herself look like an idiot.” However, one commenter encouraged Lydia to wear the dress for good reason. “Wear it,” wrote the user. “I love when the mother of the groom wears something that is too flashy and/or inappropriate. It really shows her true colors and makes you see how she acts towards her future daughter-in-law behind closed doors.”

How to Have a Restaurant Wedding Reception

08 Ways to Save Your Marriage From Divorce