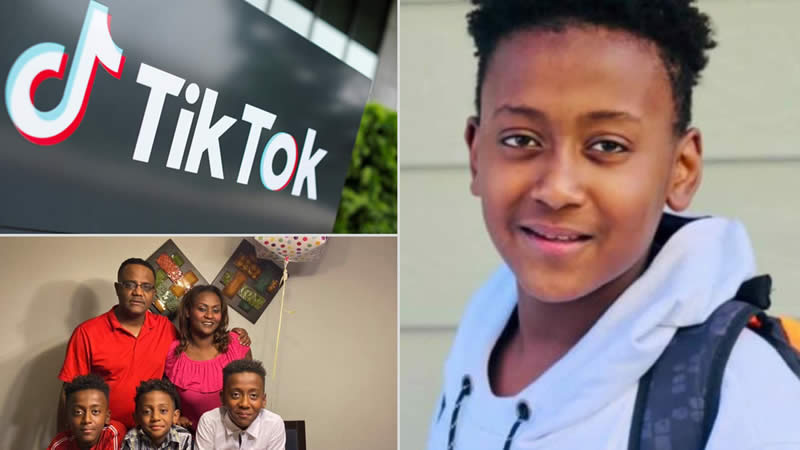 A trend that is circulating on TikTok has caused a 12-year-old boy to be left brain dead, and his family absolutely devastated.

A new challenge is circulating on the very popular app TikTok, and this new trend is called the “Blackout Challenge”.

Reports have surfaced about Joshua Haileyesus, a 12-year-old boy from Colorado who attempted the blackout challenge but was found by his brother passed out on the bathroom floor.

Joshua reportedly used a shoelace to choke himself to the point of blacking out and losing consciousness. Doctors have told the family that Joshua will not recover.

Joshua’s father, Haileyesus Zeryihun, said, “Told me the bad news that he’s not going to survive, he’s not going to make it. I was begging them on the floor, pleading to see if they can give me some time, not to give up on him.

If I just give up on him, I feel like I’m just walking away from my son.” The father of the family warned that these types of “challenges” have serious consequences and that children should be taught how to decipher dangerous challenges from safe ones.