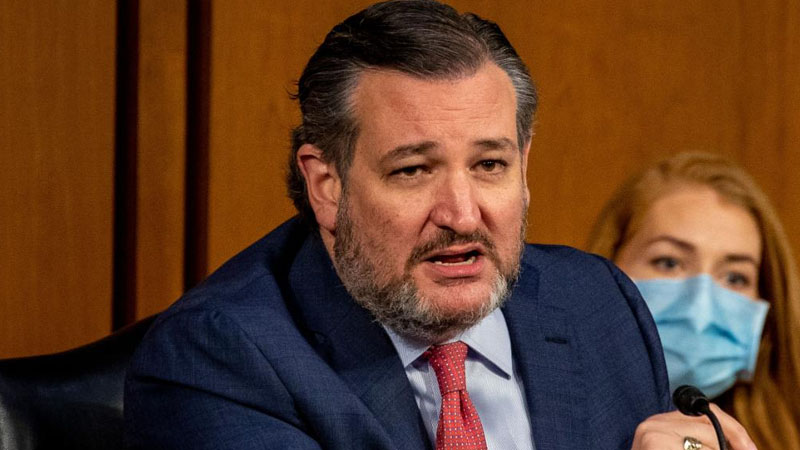 As per the norm, Democrats simply cannot resist the opportunity to preen before the cameras and lecture Republicans who raised questions about the 2020 election results on how their actions were a dangerous affront to democracy and all that despite the fact that Democrats, too, voiced objections after Republican presidential nominees were declared the winners in 2001, 2005, and 2017.

Such was the case earlier today as members of the Senate Rules and Administration Committee met to consider S.1 – the so-called “For the People” Act, which Democrats claim will “expand Americans’ access to the ballot box, reduce the influence of big money in politics, strengthen ethics rules for public servants, and implement other anti-corruption measures for the purpose of fortifying our democracy.”

Failed 2020 Democratic presidential candidate Amy Klobuchar (D-Minn.) is the chairwoman of the committee, and she wasted no time during the meeting today in bashing Sen. Ted Cruz (R-Texas) for his role in contesting the results, claiming that the type of “rhetoric” Cruz and former President Trump used incited the Capitol riots and was why S.1 was needed.

I’m not a member of Congress, of course, but I suspect the arguments made by Democrats blaming Republicans for what happened on January 6th got tiresome the very first time they tried to make them, let alone the 1027th time they were attempted.

It was perhaps that thought that Cruz had in mind when he responded accordingly to Klobuchar’s remarks. Watch his reaction below:

Though some may consider Cruz tending to his cell phone disrespectful, quite frankly I can’t say as I blame him.

Cruz quipped on the Twitter machine later that Klobuchar was “still reading her statement” hours after the hearing/meeting was over:

On a more serious note, while Cruz didn’t take the bait, he did make a strong case against S.1, which he claimed “is profoundly dangerous” and would “dilute the legal votes of American citizens.” He also turned the Democrats’ “Jim Crow 2.0” argument around on them:

Missing estate agent, 23, whose body washed up on beach identified from dental records