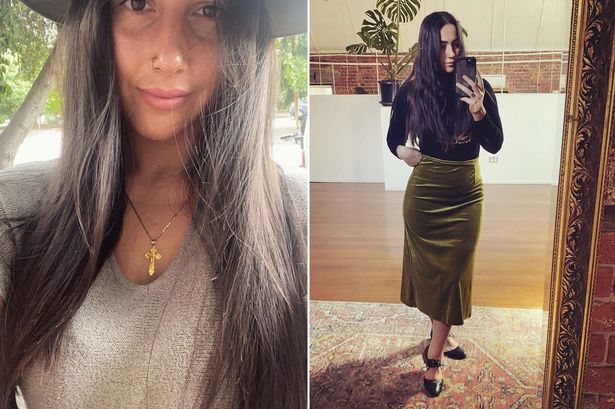 A stripper turned coronavirus conspiracy theorist has settled down with nuns and is trying to get “closer to God”.

Last July, Eve Black, 28, refused to tell police officers where she was going at a Covid-19 roadblock in Melbourne, Australia.

She posted footage of the incident on Facebook and wrote: “It’s a SCAMdemic. You’re being taken advantage of by a system designed to fail you. And they’ve done such a good job, that you don’t even see it.”

Black, real name Eugenia Limberiou, was later stopped in her car in the city of Carlton.

Police had to break her window because she refused to wind it down or step out of the vehicle during the arrest, 9News reported.

Black now faces a raft of charges, including alleged traffic offences and failure to produce her licence, and is due in court next month.

In the interim, she has shared details of her religious journey on Instagram, the NCA Newswire reports.

She posted on Wednesday, February 3: “Things that once felt modest no longer do.

“I’m not saying I’ll never wear anything form fitting ever again … but since my stay in the convent, I’m definitely feeling like I want to continue honouring God by not accentuating my curves so much.”

She added: “I have been staying in an orthodox convent. It’s super serene … I am feeling very serene.

Black previously appeared in steamy photos on the Chase Strippers website, where she could be hired under the name Eden as a topless waitress, the Herald Sun reported.

She was listed under the stage name “Eden”.

Black was widely criticised when the video of her challenging a police officer emerged.

Victoria’s assistant police commissioner Rick Nugent said at the time: “Our members are out there all day and all night working incredibly hard to keep our community safe.

“This was a selfish and childish act… it was ridiculous, it was unnecessary.

“If that woman lived in that area or had a good reason to be in that area, she would be allowed through. If not, she’s breaking the law.”