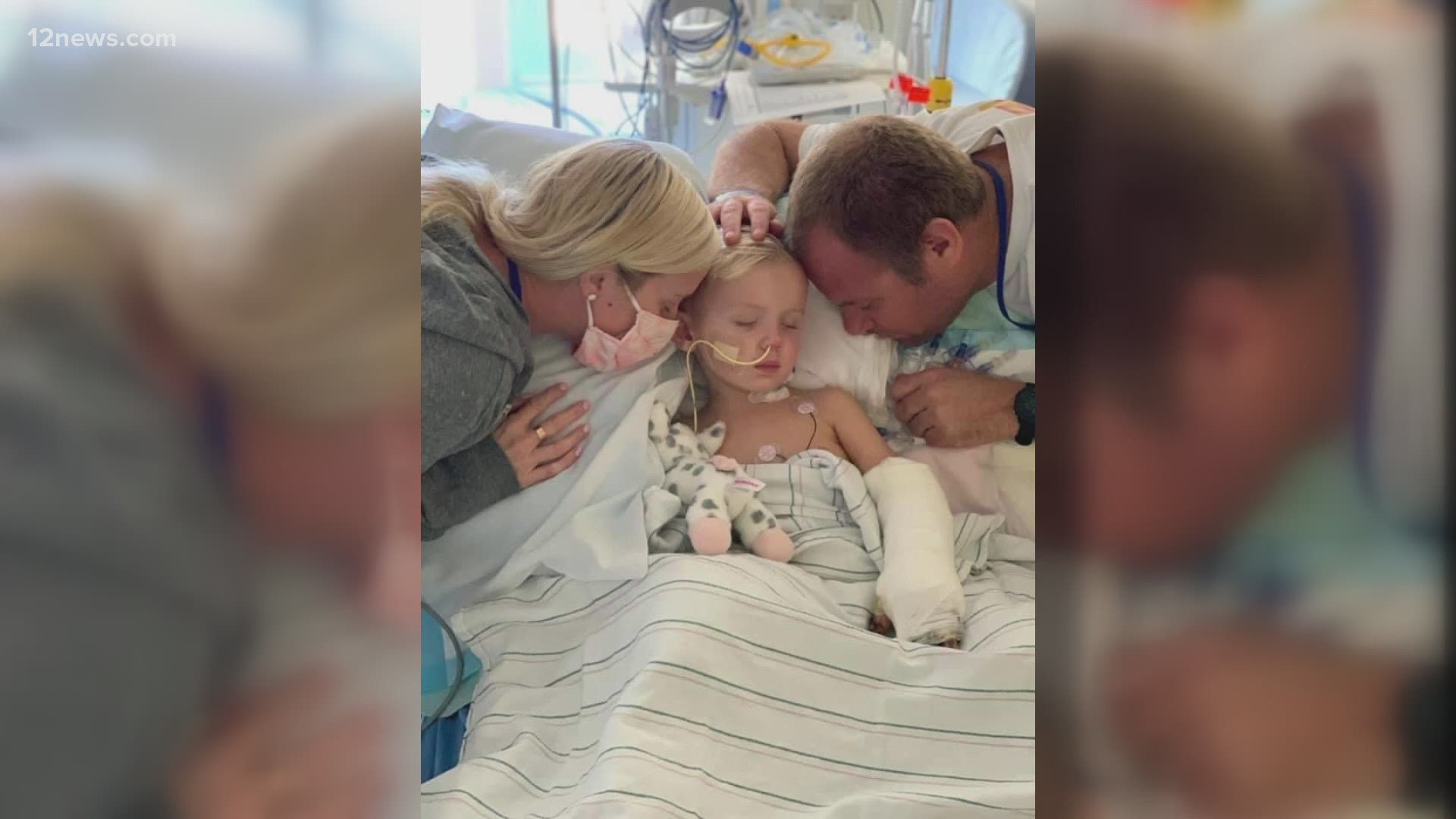 When a Lake Havasu family was visiting San Diego in October, they had no idea the fall that their 3-year-old son took on his bike would become the medical nightmare they are now living.

Beauden Baumkirchner was riding his bicycle around his family’s campsite outside of San Diego when he fell off, scraping his knee.

“He’s done that many, many times, as any 3-year-old boy will do,” Brian Baumkirchner said, remembering that day.

But less than 48 hours later, the boy was fighting for his life.

It started with Beauden feeling sleepy early in the evening. The next day, the normally active little boy, was quiet and not feeling well. By the following morning, he was running a fever and his knee was swollen.

Baumkirchner was admitted into Rady Children’s Hospital in San Diego and was quickly seen by several doctors and nurses.

“The ICU doctor said that his labs when he came in were of concern for sure. But the lab work at 1 p.m., just three hours later, his whole body was shutting down,” Brian Baumkirchner said. “They thought they were going to lose him, for sure, that night.”

After every attempt was made by RCH staff to get blood to circulate through his limbs, Beauden ended up having both legs amputated. First, below the knees, then above the knees.

A month and a half and 16 surgeries later, Beauden is facing his last, what doctors hope, is his last surgery.

While the account grows modestly, the family is focused on getting their boy better, so he can go home and recuperate.

“This poor little boy has done nothing to anybody; he’s just this innocent little boy,” His father said, trying to make sense of a chaotic situation.

“Don’t take any days for granted, that’s for sure.”

COVID-19: Distancing and masks are not enough, study shows