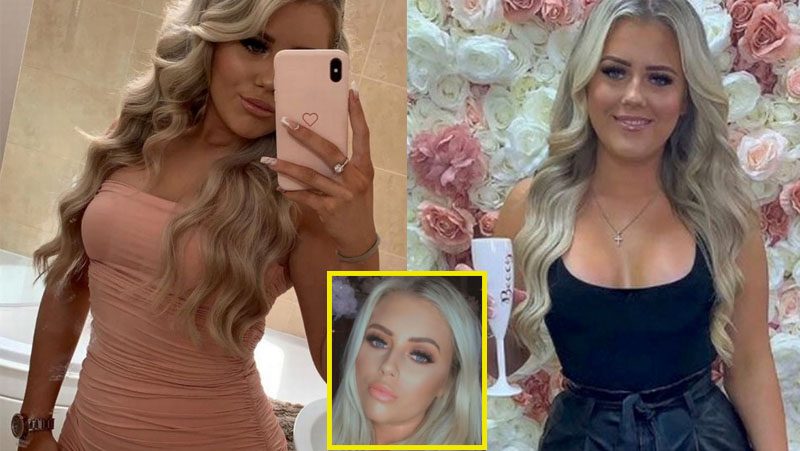 Becky Pattison, 21 years old beautician claimed major financial loss by the thugs’ attack that happened soon after the reopening of the salon after the lockdown.

The businesswoman was horrified and perplexed after a senseless attack on her salon that offers eye-brow, nails, and makeup services.

She had only been able to open the doors to her Nails by Becky salon on the A6 in Stockport six days earlier when the government’s roadmap allowed non-essential retail and personal care services to re-open for the first time since Christmas.

Now the beautician has left with the bills of several thousand pounds.

The thugs threw four bricks through the front window of the Stockport Salon after closing on 18th April, 9:15 p.m. An eye-witness also captured the incident’s video.

According to the daily star, Becky told the Manchester Evening News that the eyewitness heard the attackers shout “Oh s***” and “Was that the right one?” as they made off.

Becky was forced to close the salon for two days whilst the damage was cleaned up, losing vital business in just her second week of re-opening.

“I had only just been able to work again after four months off so this was the last thing I needed.

“I’ve no idea why it happened – it was completely unprovoked. Which makes it worse in a way.

“I haven’t been in an argument or anything like that.

“I know sometimes beauty salons are easy targets because they mostly don’t have shutters.

“But I’m just really scared it will happen again now.”

The window blinds and screens in the waiting area were damaged, as well as the plate glass window. The cost of the window repair will be covered by her insurance but other damage will not be. And the shutters will be installed to prevent further attacks that cost £3,000.

A kind customer of hers did fundraising and gathered over £600, a gesture she said has left her really touched. She has devasted, as her salon remained shut down during the pandemic.

“I contemplated not carrying on the shop,” Becky said.

“I haven’t been able to earn anything for four months now this happens.

“I need to get shutters installed now just to make me and my staff feel safe whilst opening and locking up, and also to stop me being sat at home panicking about it happening again.”

A Greater Manchester Police spokesman confirmed they were called at 9.45 pm on Sunday 18 April to a report of “men in balaclavas throwing bricks at a beauty salon on Buxton Road, Stockport.”

Now they are asking for information if anyone has.

Details can also be passed to independent charity Crimestoppers on 0800 555 111.

Jen Psaki Tore Down A Factually Incorrect Question From Conservative Reporter: “That Is Not How It Works”