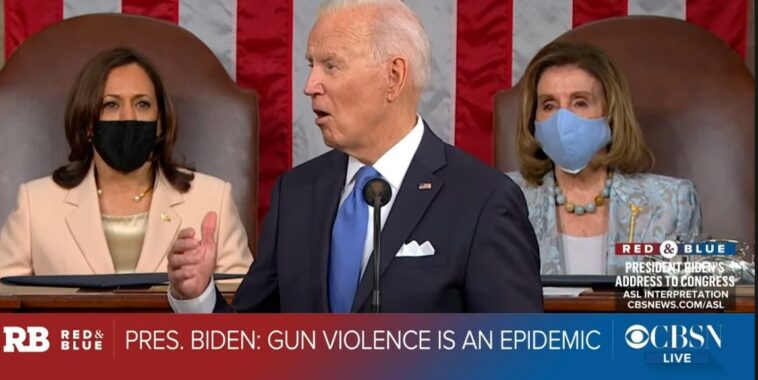 President Joe Biden made history on Wednesday evening as he made his address to a joint session of Congress for the first time, nearly 100 days into his presidency. The event was broadcast on TV and live streamed online.

According to the details, it doesn’t appear to have been much awaited based on how few Americans actually tuned into the live streams to watch him.

It is to be noted that, yet again, there was much more negative reaction than positive reaction on the YouTube live streams.

A little over 18,000 people were simultaneously watching the speech on CBS with double the thumbs down to thumbs up.

According to the data seen on CNBC, there were more negative reactions than positive ones with a total of 12,000 people watching.

Saved by a Stranger on BBC Two: Who is Anita Rani and what is the show about?