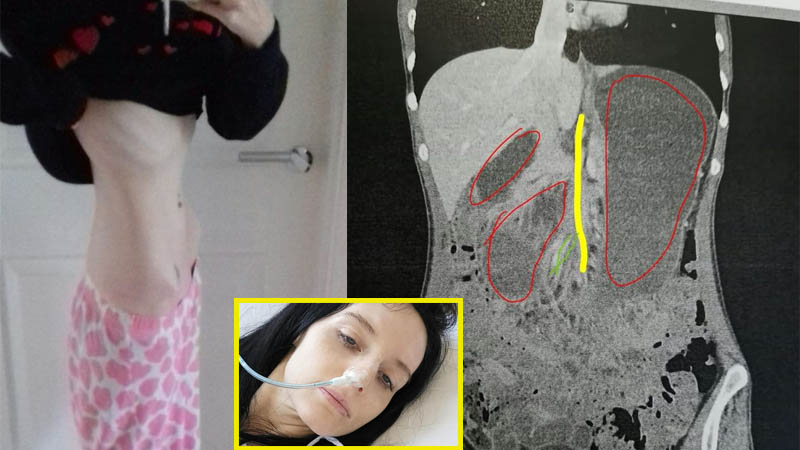 Before Few hours from death, a woman suffered “excruciating” pain and sickness for a year due to IBS or endometriosis meanwhile when medics finally diagnosed her with a rare, and critical condition.

According to the report for 16 months of agony, Rebecca Bostock suffered from some dangerous diseases link to gynecological or stomach conditions. While this year on Blessed Friday on a spot when she found herself with no bearable of pain, she made yet another visit to A&E and medics realized that she was swearing ill and carried out an emergency life-saving operation.

This 32-year-old lady from Winchcombe, near Cheltenham, and a long road is about to waiting to her to recovery and wants to warn other propel with the same symptoms to make sure that if anyone know about Superior Mesenteric Artery Syndrome (SMAS). This condition is known as Willkie’s disease.

Describing the last 16 months a ‘hell’, Rebecca told Gloucestershire Live: “I have been going round and round in circles being told it was probably down to IBS or endometriosis. “If my partner had not taken me into hospital when he did, I would not be here today. I’m so thankful to the doctors and nurses who saved my life that I get emotional just thinking about it.

“I was hours away from losing my life and I want to make sure the same thing doesn’t happen to anybody else.”

In January last year, Rebecca’s ordeal began when she started undergoing stomach swelling, fever, diarrhea, sickness, and dizziness. But over the next 16 months, she had a string of scans and numerous hospital visits and was told it was apparently Irritable Bowel Syndrome or endometriosis. She turned her diet which resembled working for a short time but ultimately, she got to the point where there was hardly anything for her to eat. Her partner Chris Turton, 32, could not attend appointments with her because of worse Covid-19 restrictions.

“It’s very rare and it has the same symptoms as so many other conditions so I was told it was probably IBS or endometriosis, ” she said.

“The pain was excruciating and I got to the point where I was being sick all the time and struggled to walk or breathe.”