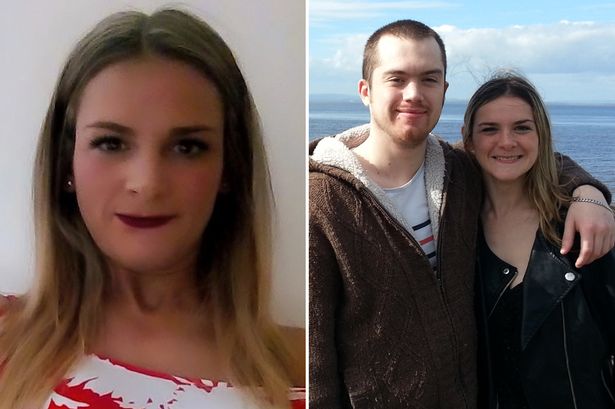 The family of a woman who was murdered by her boyfriend are taking action after it was found that the victim had already contacted police detailing her abuse only a matter of days before she was brutally killed.

Greater Manchester Police (GMP) are now being sued by victim Natasha Wild’s heartbroken mum and sister, who can’t believe how everything played out, despite Natasha begging for help.

The horrifying attack happened days after Natasha handed over a diary detailing her abuse to Greater Manchester Police, with one extract even explaining how he’d told the 23-year-old he would kill her, MirrorOnline reports.

Natasha, who had cerebral palsy, tried to tell three police officers she had previously been slashed in the chest, sexually abused and thrown across a room by Brackenbury.

However, the diary, which Natasha and her family saw as crucial evidence, was disregarded as “nothing” by one police officer, court papers claim.

They instead focused on his mental health, a Domestic Homicide Review found.

One section of the diary read: “He says that because me and my friend said we were forever friends, it means he must kill me.”

It came two years after Her Majesty’s Inspectorate of Constabulary found “significant concerns” about GMP’s ability to protect abuse victims.

Sarah Westoby, of Leigh Day solicitors, stated: “Had the defendant taken any or all of the steps set out… the deceased would have had a substantial chance of avoiding death.”

Brackenbury was found guilty of manslaughter on the grounds of diminished responsibility.

GMP said: “The investigation fell short of the standards expected from us.”