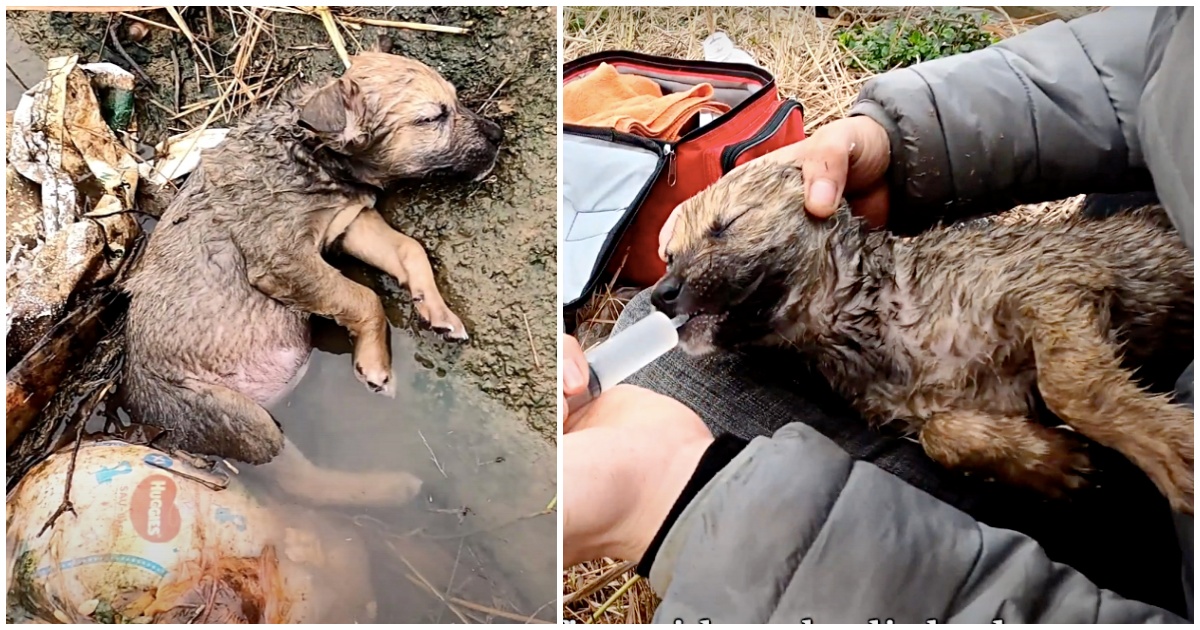 A woman witnessed a man throw a tiny puppy into a water-filled ditch to die and agreed to show rescuers where the pup was so they could save his life.

Once they arrived, they didn’t see the pup at first. They began searching through the trash that was dumped there, but there was still no pup in sight. They refused to give up, and figured the dog had been washed away a bit since it was a flowing stream.

As they kept walking, they finally spotted the poor puppy. He was lying in the water, unconscious and barely clinging to life. The rescuer pulled out the first aid kit and immediately began tending to the pup. Eventually, he gained consciousness and was able to drink some water via syringe.

The rescuer brought the puppy back to their clinic, where they put him under a heat lamp and gave him necessary medical treatment.

As the days went on, the puppy began to recover and grow stronger. Today, you would never know this puppy was on the brink of death in a ditch.

He is happy, filled with energy and extremely thankful for a second chance at life, all thanks to the witness and his wonderful rescuer.

Watch his heartwarming transformation below:

Puppy Paralyzed By Car Is Too Much To Handle & Dumped, Gets Run Over Again