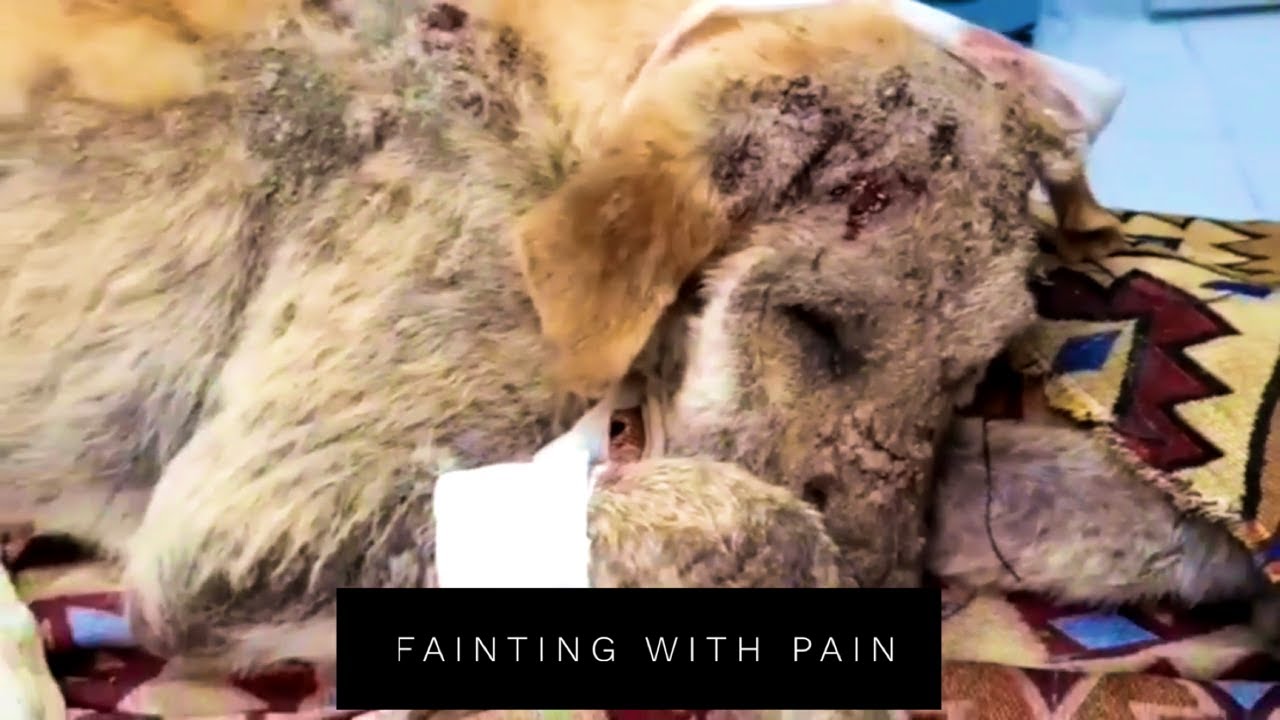 A dog that was riddled with disease was abandoned by a cruel owner. Instead of taking him for medical treatment, he was left to fend for himself on the streets. The pup was covered in mange that caused secondary skin infections. He was in pain and so afraid!

As if that wasn’t bad enough, he also had scabies all over his face making it nearly impossible to open his eyes. By the time a kind woman found him, he was so mentally beaten down that he couldn’t even make eye contact. He felt worthless and unloved. The woman made a call to a local rescue and begged them to help her. She didn’t have the money to pay for his medical expenses.

The rescuers came quickly and agreed to take the dog into their care. First stop, the vet clinic! He needed extensive medical testing. The vet confirmed that his mange was very bad. They had to start treatment for all his skin infections as well as dehydration and malnourishment from being on the streets.

Once the vet cleared him, the dog’s rescuers decided to bring him back to the shelter where they would take very good care of him. Mange is best treated with medicated baths. Within a few weeks, the dog’s fur began to grow back. But despite his health improving, he was still broken down mentally. No matter how hard his rescuers tried, the dog was filled with despair. He had an incurable sadness. They had to work even harder to build up his confidence.

One of the rescuers, who understood the nature of this kind of emotional trauma, decided to stay with the dog around the clock. This sweet boy needed a lot of love. Amazingly, the extra attention began to work. Soon he was eating more and even making eye contact!

As the dog’s health continued to improve, the woman who found him reached out and asked the rescue group if the dog had found a forever home. The rescue group was thrilled to hear from her! She had something to tell them and it’s too good to miss! Watch the video below to find out how the story ends.

Read the original article on ilovemydogsomuch

Retired Doctors, Nurses Will Be Approved to Give COVID Vaccine, White House Says