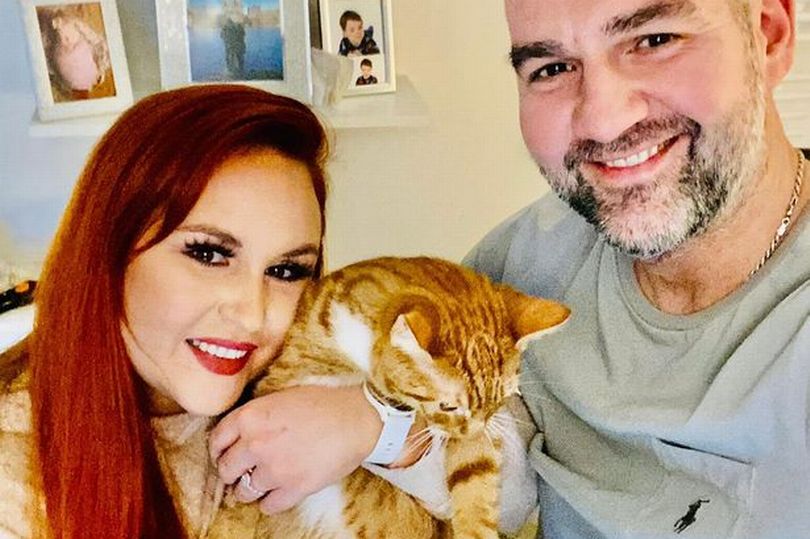 Outside the family home while being mauled to death by a dangerous dog a heartbroken cat owner has told how she heard her “baby” scream. On April 19, from Paisley, Scotland, Lucia Wright, had gone into her back garden at around 9.30 pm to bring little Humphrey back under before it got dark.

31-year-old was greeted with “the worst sound ever” as two men ordered their dog to attack her 11-month-old kitten.

Before running away and leaving the dog behind the panicked owner shouted at both men, who verbally abused her.

However, a police investigation into the shocking incident has been launched. Lucia reported the Daily Record: “I could kind of two see men out in the woodland behind our house before the Elderslie golf course.

“I could hear them egging the dog on saying ‘go, go, get him and encouraging him to kill. I shouted out ‘that better not be my cat’ but they were verbally abusive to me and told me to ‘shut the f*** up’.

“I was extremely distressed so I ran back inside to get my fiancé Jeff.

“He came out but the two men had run away and left the dog behind because they could see that it had the kitten in its mouth.

“When my fiancé went out, the dog dropped Humphrey but he died in the house a few minutes later.

“We called the police who came out to look for the men and the dog but they couldn’t find anything.

“About two hours later, the neighbors ended up calling the police because the men had come back looking for the dog.

At the end they obviously couldn’t find it after they had run away. No trace of the two thugs or the dog could be found leaving Lucia related to that another pet or small child could hope become the next victim.