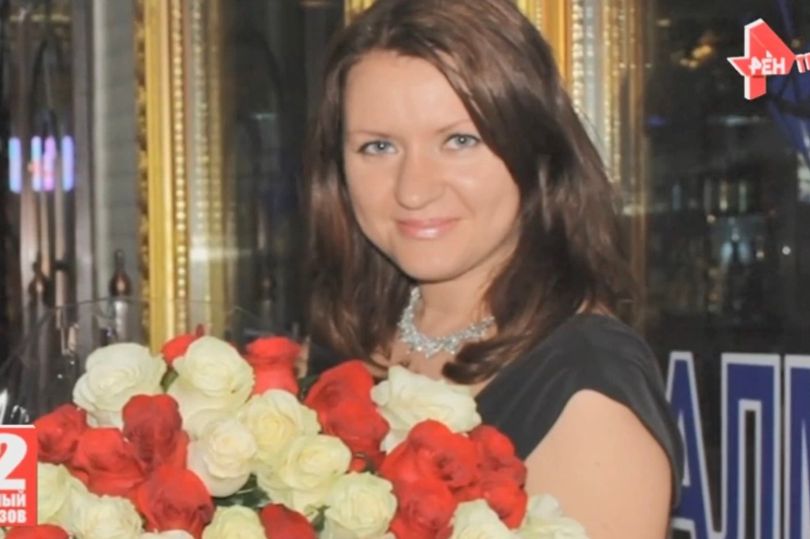 A mum who allegedly slit her kids’ throats after stabbing her husband to death was arrested at her local cinema.

The bodies of two children and their father were discovered in the family’s apartment in Vladivostok, Russia, last Thursday.

Denis is alleged to have hit back by threatening to divorce her and take custody of their triplets.

Engraged, Yekaterina grabbed a kitchen knife and repeatedly sank it into his body, it is alleged.

Witnesses claim to have seen Denis’ corpse on the kitchen floor, wrapped in rubbish bags, beside a sports bag which contained the children’s bodies, The Sun reports.

The mum is alleged to have written a note in which she confessed to the crimes and left it on the dinner table.

Yekaterina was watching a film in a cinema when police officers took her away in handcuffs.

Local media reports claim the mother of five-year-old triplets turned on two of them, daughter Viktoria and son Dmitry after they watched her attack their dad.

Yekaterina allegedly slashed Viktoria and Dmitry’s necks so forcefully that it was almost a double beheading.

Their brother reportedly survived the rampage because he was at Kindergarten at the time of his family’s deaths and has since been placed in a rehabilitation centre.

Police in Russia said not long after she had mopped up her husband and children’s blood off the floor, Yekaterina headed off to the cinema.

A relative visiting the apartment, found and reported the bodies leading to the launch of a murder investigation.

Yekaterina will undergo a psychological assessment to help determine what charges she faces.

Russia Investigative Committee official Avrora Rimskaya said: “During the investigation, important evidence was collected that will help to restore an accurate picture of what happened.

“The suspect was arrested and taken to custody.”

If found sane and guilty of her family’s murders, Yekaterina will be sentenced to life behind bars, if not she will undergo compulsory treatment in a mental facility