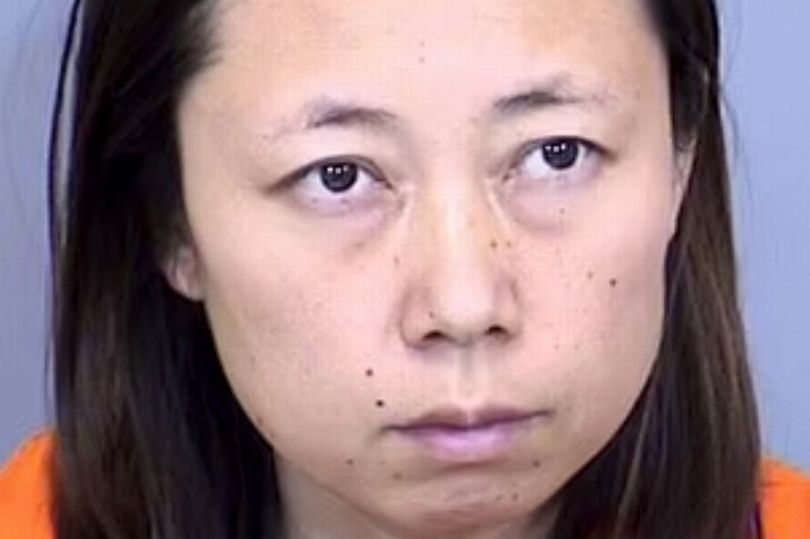 A mum told police she was “hearing voices telling her to kill her kids” hours before two young children were found dead.

Yui Inoue, 40, flagged down an Arizona cop as he was heading out for patrol at 7am on Saturday when she made the chilling statement, police said in a press conference.

He was on his way for his normal patrol duties of the day when the mum, who seemed frantic, flagged him down.

Officers rushed to her apartment, based 11 miles outside of Phoenix, and found a girl, nine, and a boy, seven, dead.

“It was a very tragic what officers encountered, and we’re trying to support the father and our officers right now,” Carbajal said.

“Our officers are really struggling.”

Inoue was arrested and charged with two counts of first-degree murder.

Cops responded to a domestic call from the apartment at around 12.30am the same morning because the mum and dad were fighting, Carbajal added.

Officers separated the couple and checked on the children who were fine at the time.

They then left the scene when tensions settled down.

Carbajal said: “It didn’t seem like there was an immediate threat to the children.

“Parents, couples, argue and they have disagreements, and they have issues that come up’ that often don’t require that type of intervention.”

The children’s dad wasn’t home at the time of the incident, and is not considered to be a suspect, the Arizona Republic reports.

The father “broke down” when police told him what happened to the kids, according to local media.

Officers told Arizona Republic they don’t have previous records of domestic calls to the house.

Tempe Police tweeted on May 15: “It is with a very heavy heart that we share that we are investigating a homicide in the 4100 block of S. Mill Avenue.

“Officers located a deceased 9-year-old and 7-year-old inside the apartment.

“The mother of the children has been detained and is being interviewed.”

Cops cordoned off a large area of the scene including the car park of the apartment building, and a Tempe Police ‘Command Centre’ trailer could be seen parked at the incident.

According To A Report, Melania’s Biographers Said That She’s Still Married To Trump Because There Is “More In It For Her To Stay Than To Go”

President Biden Just Issued This One Message to 40% of Americans