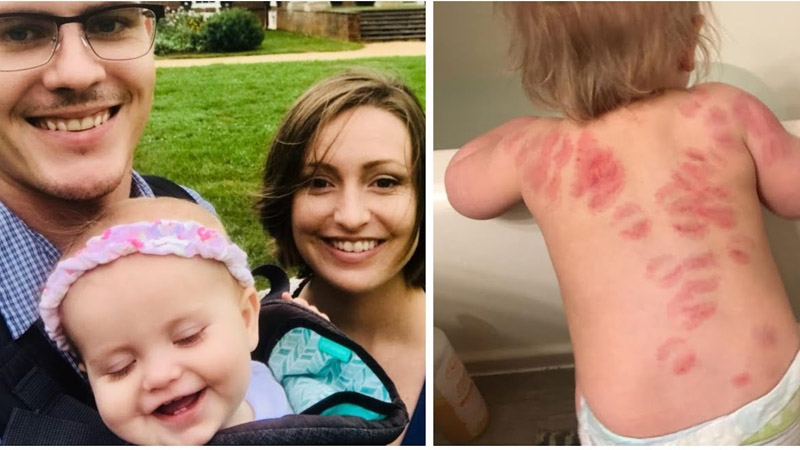 A young child biting a peer is not necessarily an odd occurrence, but in the case of Arizona mom Alice Martin’s daughter, Rosalyn, circumstances were anything but ordinary when she endured bites.

The 15-month-old had not one, but 25 bite marks on her back, shoulder and arms upon being picked up from her facility daycare in February of this year.Fighting Diabetes? This Discovery Leaves Doctors Speachless!HealthyNewsDigestAds by Revcontent

Enrolled at Tucson’s Creative Beginnings Daycare for only five days, Rosalyn suffered brutal bites across the expanse of her back and beyond, and the daycare’s staff failed to inform Alice of the incident.

The horror of discovering so many wounds caused from bites was “stomach-turning” according to the concerned mother who could not understand why she was not notified by staff.

She wasn’t certain why Rosalyn was acting fussier than normal, and it was when she undressed her to give her a bath in the evening that she made the harrowing revelation.

Alice told KOLD News, “It feels both angry and sad at the same time. At first, I was like ‘are those really bite marks?’ And then, my brain kinda stopped thinking, and I started crying.”

The incident has since been reported to Arizona’s Department of Health Services and local police.

The authorities confirmed that the bites appeared to be from another child.

She has stated that a youngster bitten so many times would have been crying, and she is having difficulty comprehending how her tot’s cries could have gone ignored.

Through a spokesperson, Creative Beginnings Daycare has stated that they were not at liberty to comment on ongoing investigations.

At the time of this writing, no arrests had been made.

Alice has shared the shocking photos of the bites on Facebook, leading to the post going viral and outraging a multitude of social media users.

Two Women Bend Down To Shivering Baby, But They’re Too Afraid To Touch Her