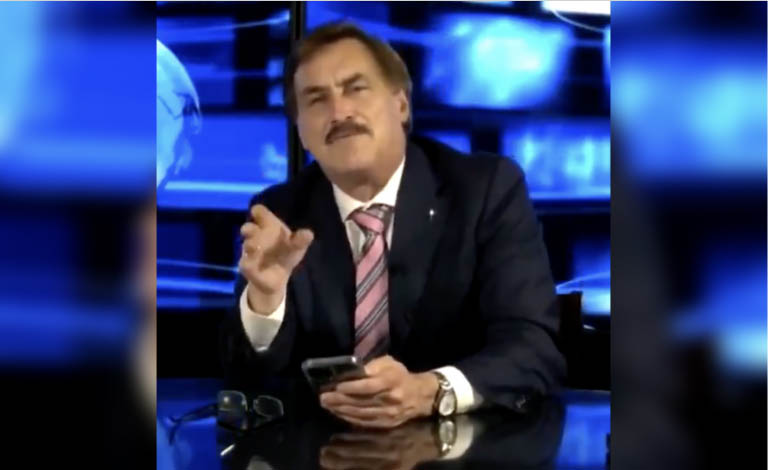 Newsmax recently apologized to a Dominion employee for their statements regarding election fraud but according to Mike, Newsmax is going to regret ever apologizing because this evidence that’s going to come out of Michigan is about to be huge.

Many believe Mike is referring to a lawsuit that is currently playing out in Antrim County, Michigan,

I know, some of you might say this lawsuit will be just like the rest of them but hang on…

A judge has just ruled that there will now be an “expert witnesses” list who will be allowed to testify on the lawsuit that states “Dominion machines might have intentionally manipulated the election”.

So who will be the expert witnesses in the case?

Well, one of the expert witnesses is none other than Cyber Ninjas!

It should because Cyber Ninjas is the same firm performing the audit in Maricopa County right now.

The Washington Examiner covered the story and had these details to add:

MyPillow CEO Mike Lindell predicted a “game changer” development will soon emerge in Michigan, where a lawsuit focused on the 2020 election is still playing out.

The controversial mustachioed businessman, whose election fraud documentary was panned by critics as being rife with falsehoods, said there will be a filing in court on Monday that will be “very embarrassing” for Newsmax, a conservative news outlet that apologized last week to an employee at Dominion Voting Systems for vote manipulation claims.

Lindell appeared to be referring to a lawsuit in Antrim County, Michigan, that has expanded from a legal challenge over a local marijuana retailer proposal to claims that Dominion machines and software might have intentionally manipulated the election results up and down the ballot.

A conversation with Douglas Holtz-Eakin of the American Action Forum
A judge recently allowed there to be testimony from people on an “expert witness” list provided by the plaintiffs to rebut a report published by Secretary of State Jocelyn Benson’s office affirming that human error, not Dominion Voting Systems machine software, led to early tabulation errors in Antrim County. Among those on the “expert witness” list is Cyber Ninjas, a Florida-based firm hired by the Republican-led Senate in Arizona to conduct an audit of the 2020 election in Maricopa County.

Listen to Mike Lindell call out Newsmax for apologizing to Dominion Voting Systems.

Instead of throwing in the towel and apologizing to Dominion as Newsmax did, Mike Lindell is facing a 1.3 billion dollar lawsuit from Dominion and is still calling Dominion out for the election fraud that occurred in the 2020 election.

So much for Dominion’s cease and desist letter…

If you’d like to support Mike, please purchase directly from MyPillow.com.