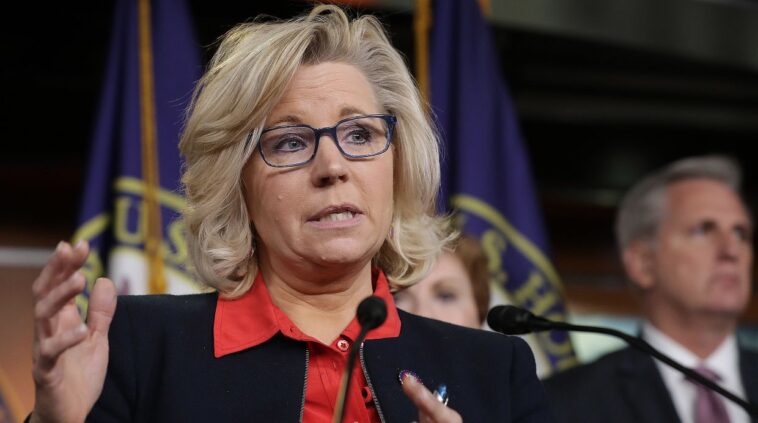 Rep. Liz Cheney is almost certainly done in Wyoming politics after the mid-term elections. She may now also be finished in House leadership.

The third-ranking Republican in the House minority, a frequent critic of former President Trump, is seeing the possibility of remaining in her position plummet after Minority Leader Kevin McCarthy’s appearance on Fox News Sunday.

On Tuesday, McCarthy was caught on a ‘hot mic’ trashing Cheney.

“I think she’s got real problems,” McCarthy said ahead of a Fox & Friends interview. “I’ve had it with … I’ve had it with her. You know, I’ve lost confidence. … Well, someone just has to bring a motion, but I assume that will probably take place.”

Donald Trump on Wednesday made a public endorsement to replace Cheney with Rep. Elise Stefanik.

“Liz Cheney is a warmongering fool who has no business in Republican Party Leadership,” Trump said. “We want leaders who believe in the Make America Great Again movement, and prioritize the values of America First. Elise Stefanik is a far superior choice, and she has my COMPLETE and TOTAL endorsement for GOP Conference Chair. Elise is a tough and smart communicator!”

In April, Donald Trump blasted Liz Cheney for continuing her political crusade against the former president.

“Liz Cheney is polling sooo low in Wyoming, and has sooo little support, even from the Wyoming Republican Party, that she is looking for a way out of her Congressional race,” Trump said. “She’ll either be yet another lobbyist or maybe embarrass her family by running for President, in order to save face. This warmongering fool wants to stay in the Middle East and Afghanistan for another 19 years, but doesn’t consider the big picture—Russia and China!”

The statement, released by his Save America Pac, underscores Trump’s ongoing feud with the House Republican. Cheney voted to impeach Donald Trump after the January 6th Capitol riots, and repeatedly blamed him for the pre-planned siege of the Capitol Building.Cheney may soon find herself out of leadership and out of the Congress. The Republican Party is in desperate need of unity, and Cheney’s constant antics simply run against the direction that the party is heading.

The Most Surprising News About What’s Next For Harry & Meghan’s Just Got Out–What’s Going On?!