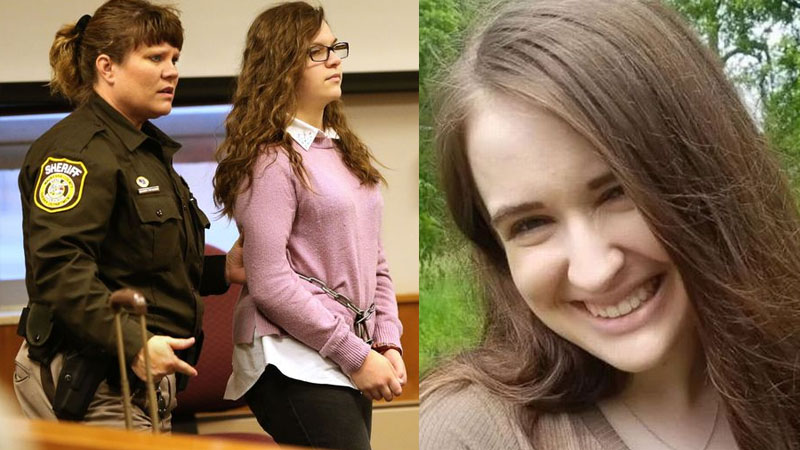 Payton Leutner was in sixth grade when she was attacked by her friends Morgan Geyser and Anissa Weier in Waukesha, Wisconsin. The three were all 12 years old at the time of the attempted murder, which they carried out to appease an internet urban legend known as the Slender Man.

Something Awful, a comedy website, invited people to submit modern scary stories in June 2009. While thousands of submissions poured in, the story of Slender Man, a faceless ghoul who wears a black suit and is known for torturing and abducting children, became popular online.

Even though it began as a harmless internet legend, Morgan and Anissa believed they had to murder Payton in order to become Slender Man’s “proxies.” Morgan’s birthday was on May 30, 2014, and the three 12-year-olds had a sleepover to celebrate.

Payton was lured into a nearby forest by her attackers, who pinned her down and repeatedly stabbed her with a 13cm kitchen knife. Two of her wounds were near major arteries, and another was only a few inches from her heart.

After her attackers fled, she managed to drag herself to a nearby road, where she was discovered by a cyclist who called 911 before being rushed to the hospital. Fortunately, she survived. Payton had soft tissue damage in her arms and legs, and while the two wounds on her abdomen struck major organs, they were not fatal.

One of them had missed a major artery by “the width of a human hair,” while the other had seriously injured her liver and stomach. She had to undergo six hours of surgery but was able to give the police the names of her attackers ahead of time.

Morgan and Anissa were arrested by police soon after, with one of them still carrying the knife in a backpack. After years of healing, Payton decided to tell her own story to ABC News in 2019.

She said she was grateful for the traumatic experience as it inspired her to pursue a career in medicine, saying: “Without the whole situation, I wouldn’t be who I am.”

She added: “I would say, ‘Just because of what [Morgan] did, I have the life I have now. I really, really like it and I have a plan. I didn’t have a plan when I was 12, and now I do because of everything that I went through.

“I wouldn’t think that someone who went through what I did would ever say that. But that’s truly how I feel. Without the whole situation, I wouldn’t be who I am.”

Judge tells woman found with £1.9million in cases at Heathrow to ‘bring a bag’ for jail