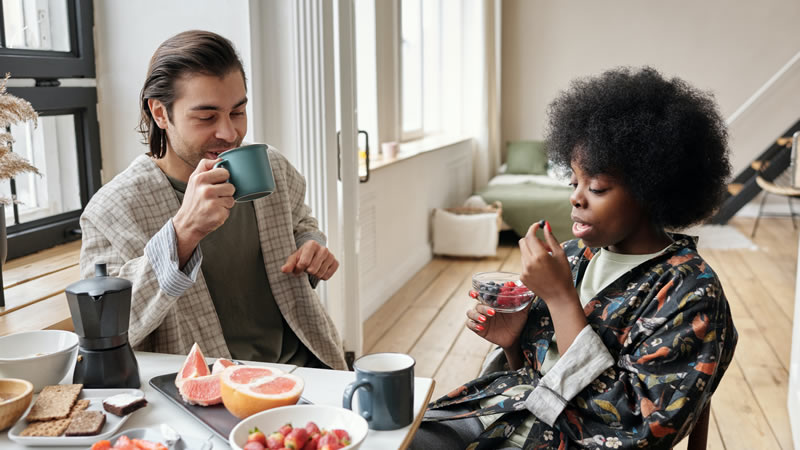 In a new study from The Ohio State University, researchers found adults who skip breakfast are likely to miss out on key nutrients that are most abundant in the foods that make up morning meals.

In the study, the team used data from more than 30,000 American adults. In this sample, 15.2% of participants, or 4,924 adults, had reported skipping breakfast.

The team showed that skipping breakfast – and missing out on the calcium in milk, vitamin C in fruit, and the fiber, vitamins and minerals found in fortified cereals – likely left adults low on those nutrients for the entire day.

On several key recommendations measured, from fiber and magnesium to copper and zinc, breakfast skippers had taken in fewer vitamins and minerals than people who had eaten breakfast.

The differences were most pronounced for folate, calcium, iron, and vitamins A, B1, B2, B3, C and D.

The results showed that if people don’t eat the foods that are commonly consumed at breakfast, they have a tendency not to eat them the rest of the day. So those common breakfast nutrients become a nutritional gap.

In addition, breakfast skippers also had an overall lower-quality diet than those who ate breakfast.

People who ate breakfast ate more total calories than people who didn’t eat breakfast, but the lunch, dinner and snacks were much larger for people who skipped breakfast and tended to be of lower diet quality.

According to the U.S. Department of Agriculture’s latest dietary guidelines, calcium, potassium, fiber and vitamin D are considered “dietary components of public health concern” for the general U.S. population – with iron added for pregnant women – because shortages of those nutrients are linked to health problems.

While the data represent a single day in each participant’s life, the huge sample provides a nationally representative snapshot for the day.

If you care about food and your health, please read studies about eating this food every week could prevent recurrent heart disease and findings of number of fast-food restaurant linked to heart attacks.

The study is published in the Proceedings of the Nutrition Society. One author of the study is Christopher Taylor.

Krispy Kreme Is Giving Out Free Donuts For the Next Week