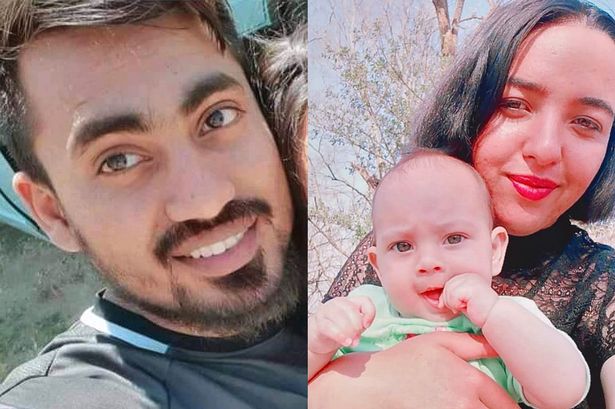 A mother and her nine-month-old daughter died after reportedly being tied up and strangled to death by her new Bangladeshi husband after the family checked into a cheap hotel for the night.

The bodies of Chantelle Ester Ash, 20, and her nine-month-old daughter Tasneem Isha Ash were found bound and gagged by a receptionist at a hotel on the R518 road from the town of Mokopane to Masodi village in the South African state of Limpopo.

She said that the young family that arrived by car had not given their names or details because they were only planning to stay one night and it was therefore not legally required.

But two days later when she did not see them checkout, she went to the room where she discovered the decaying bodies of the mother and daughter lying on the bed on January 14.

The pair had apparently been tied up and a manhunt was launched for her partner, identified as 29-year-old Bangladeshi immigrant Neesham Nasir. The couple took part in an Islamic marriage known as a nikkah last month.

The suspect has since been arrested in Gauteng Province and is remanded in custody on femicide and infanticide charges.

The dead woman’s mother Annie Ash told local media: “I wish he would have just phoned me and told me to go and fetch my babies, he didn’t have to take it this far.”

She said that the couple had been together for four years after meeting at a Christian wedding and that she had converted to Islam so that she could marry him.

She said: “I was supposed to be enjoying their wedding celebrations, but now I’m planning the funeral.”

She added that the youngster would have been nine months old last weekend, saying: “Now we cannot even celebrate that because she is no more, her life was cut too short. I keep on asking myself, why would anyone murder such a small baby, would they not have mercy for the child?”